So what’s a Misfit Shine?

Wearable gadgets built to track our daily activities, keep tabs on our workouts and monitor our sleep levels are becoming more and more popular. However, you only have to take a look at the most popular devices on the market from the likes of Fitbit and Withings to see they’re not exactly stylish. Although the Jawbone Up24 is the best-looking of the bunch, there’s still something quite childlike about the slew of activity trackers available at the moment that could stop them from ever penetrating the mainstream consumer market. Well, until now.

The Misfit Shine Activity Monitor is a coin-sized sensor designed to track your activity levels, monitor your sleep and tell the time. However, its versatility when it comes to how you wear it, the low maintenance ways it operates and its super stylish looks really make it stand apart in a sea of shiny, plastic wristband clones.

As a basic activity tracker the Shine seems pretty accurate. However, it claims to be able to distinguish between different sports, yet there’s no feature for telling it what you got up to at the gym, which is disappointing for gym bunnies and those into working out in more unusual ways.

In order to tag a sport you need to tap the Shine three times. I thought I was doing this while I was out running and it turns out the runs weren’t logged properly – something you’re unfortunately not aware of until you sync the device with the app later. Instead, the Shine just seemed to think I’d gone for a long walk and there was no convincing the app otherwise later.

You can log into the app in order to properly tag the activities you’ve taken part in, but even then the data doesn’t seem wholly accurate. Presumably the Shine uses an algorithm to guess how the activity levels correlate with particular sports, which means you’re presented with a guess rather than accurate tracking.

This wouldn’t be such a problem if the Misfit Shine’s app supported other third party services and trackers, like RunKeeper, but unfortunately it doesn’t at the moment. This means the Misfit Shine is a bit of a letdown if you wanted to use it to accurately track your workouts regularly and paint a more holistic picture of your body and wellbeing.

The good thing about the Misfit Shine is it does give you a basic indication of how active you’ve been throughout the day. Tap the Shine twice (this doesn’t always work, which is sometimes a bit of a pain) and it’ll light up a portion of the way round depending on what you’ve been up to, this is a nice addition to give you a bit of an indication of how you’re doing quickly and easily, but not too much info to bog you down while you’re out and about. To me this suggests the Shine is built more for regular consumers who may workout now and again in mind rather than those who take their exercise too seriously.

When it comes to sleep the Misfit Shine can be worn around your wrist and it seems accurate, even if the app presents you with the most basic of data.

The Misfit Shine also tells the time after it’s shown you how well you’re doing throughout the day. I’ve seen other reviewers claim they’re baffled by how to read it, but actually it’s pretty simple once you’ve got the hang of it.

When it comes to battery life the Shine blows the competition out of the water because it comes with a tiny watch battery that doesn’t need replacing for between four to six months. This does mean you’ll need to go out and buy new ones when it’s out of juice, but is a lot more user-friendly than plugging it in to charge every few days, like most of Shine’s competitors. 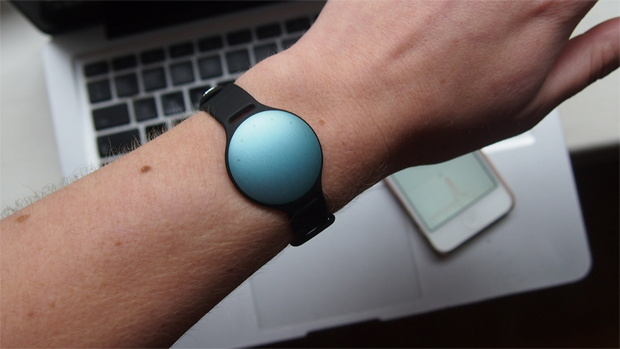 Well this is where the Misfit Shine really is top of the class. It comes in a range of different colours, but we chose to review one in Topaz, which is an exotic way of saying light blue.

The Shine is just a little bigger than a pound coin, but it’s made from a tough yet like aluminium, so doesn’t feel too fragile. Hold it in your hand and it looks like a piece of sci-fi jewellery rather than a gadget, which is ideal for those who are a bit self-conscious at the thought of wearing a tracking device.

With the tiny disk-shaped Shine you get both a magnetic clasp – to wear the Shine on clothes and pockets – as well as a plastic sports strap – to tie the Shine to your wrist. You can also buy – at a fairly steep price – a number of different necklace designs and a leather strap, too, which for those who wear the Shine religiously would be worth the investment and add to its versatility.

The wristband and clasp really do work with anything, daywear, eveningwear, sportswear, the Misfit Wearables team has totally nailed the issues many seem to have with other wearables being too loud, too intrusive and too cheap-looking.

On the other hand, the Shine was sometimes TOO unnoticeable. That’s right, I’m never happy. The thing is if it’s so subtly clasped to your clothes you sometimes just forget it’s there. You’ll get changed and leave it on that thing, go to sleep and leave it over there. This is the problem with wearables, wear them too well and they become pretty obsolete.

The Misfit Shine doesn’t like to tell you detailed information throughout the day, but instead relies on an arbitrary points system. For example, I’m opening my Misfit Shine app now and I’m told I have 398 of 1000 points. Obviously I can roughly guess these points are to do with the fact I set a certain goal for how many steps I’d take today and the points are a way of motivating me to hit that goal, but in actual fact they’re just a bit patronising. The reason people buy a product like this is because they want more visibility about their lives and being served up stats about points is just a little meh.

Of course you can see more information about the steps you’ve taken and the calories you’ve burned when you keep syncing up the Shine. And at the end of the day you’re served up with a basic graph of your activity, steps taken and calories burned. BASIC being the key word here.

Sleeping is a similar story, you’re fed some basic information about how much sleep you got, but it’s not as in depth as other apps dedicated to sleep or even Jawbone’s Up 24 dashboard.

But the main issue with the app is the Misfit Shine needs to sync up to it for it to tell you anything. Sometimes this process is simple and within seconds all of your information is on the app, sometimes this process is really annoying, takes forever and just refuses to work. You’re actually urged to place the Shine onto your screen at first, which for the first time seemed kinda cool and like something from Star Trek, but after the fifth time it was just annoying and I longed for the seamless sync I experienced with the Jawbone Up24. 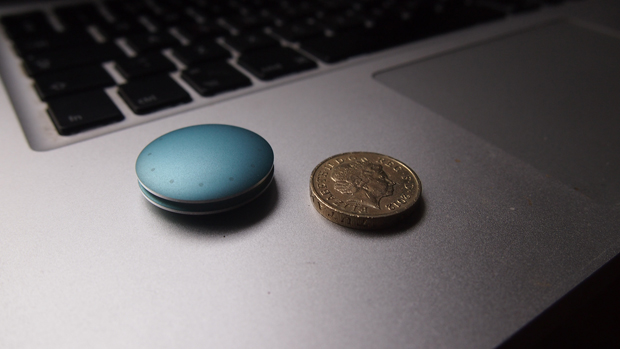 There’s no denying the Misfit Shine looks great and is easy to wear, so unless the idea of a restrictive, bright bracelet on your arm that looks like a kid’s toy appeals to you, then it’s the best-looking, most versatile and low maintenance tracker around.

Unfortunately, the workout and exercise tracking features won’t be thorough or even accurate enough for those who want to use it for anything other than basic activity monitoring. The Shine is definitely built for more passive consumers who may workout now and again rather than those who take their exercise regime seriously.

So if you’re looking for a basic activity tracker/cool space-like fashion accessory hybrid, then the Misfit Shine is for you. If you want to find out as much as possible about your body and workout regularly then opt for something else, the Misfit Shine will be too basic for you and leave you a little frustrated – looks aren’t everything after all.

The great thing about Misfit Wearables is it’s constantly updating its offering, as I’m writing this review news of an updated app, new necklace design and new navy and coral colours hit Techcrunch, so maybe some of the issues above can be ironed out over the next few months.

Find out more about the Shine from Misfit Wearables and head to the Apple store to buy one for £99.95.