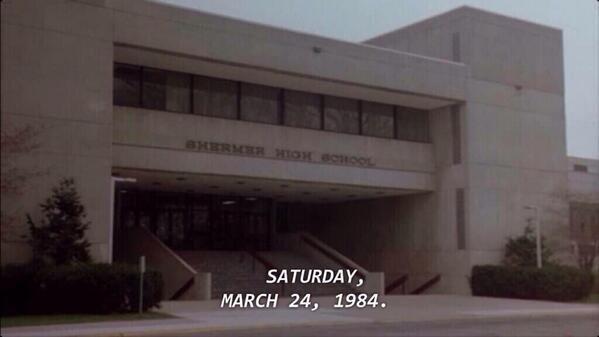 Ok so chances are you weren’t born in 1984, but for a generation March 24th 1984 is a very significant date. For it saw the Breakfast Club convene for their Saturday morning detention.

John Hughes’ movie was hugely instrumental in kick starting the director’s career but also spawning a group of actors – Molly Ringwald, Emilio Estevez, Ally Sheedy to name but three, whose talents would light up cinema for the next decade or so.

We were going to do a – which Breakfast Club charactar are you quiz, but someone seems to have beaten us to it.

Incidentally the film was actually released in February 85 in the US and a couple of months later in the UK.