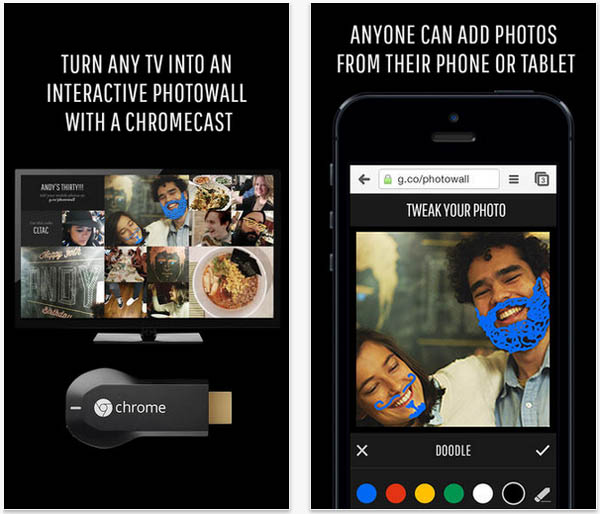 After launching its new Chromecast streaming dongle in the UK last week, Google has also unveiled a new app called Photowall, which turns a your TV into, you guessed it, a big wall of photos.

Chromecast users will be able to send their photos to their screens via an iOS app and an Android version is expected soon too. The app also allows people to collaborate, so they can send multiple photos that are then combined into a YouTube video.

Although there are similar apps already available, the seamless experience is bound to appeal in all kinds of situations, whether you’re sharing snaps of your adventures at a family gathering or reliving a big, messy night out with friends while you’re passed out on the couch.