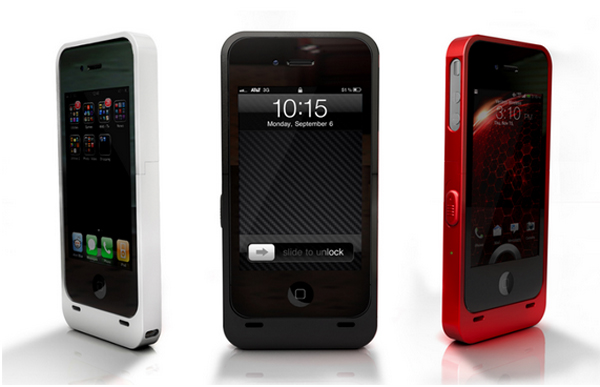 The Lifesaver may look like a regular durable iPhone case, but the new Indiegogo campaign has a panic button built-in that will contact emergency services immediately and provide them with your details and location straight away.

The button itself has a slide and push motion to activate it, which means it’s easy enough to do when you’re in a sticky situation, but not easy enough to set off when you throw it into your handbag. Once you’ve pushed it your GPS is sent to emergency services along with your vital information. Your iPhone also begins to record everything with its camera and microphone after the emergency services have been despatched.

Although it sounds very James Bond-esque, the Lifesaver is aimed at regular people. Mostly it’s to make them feel safer when they’re out and about, but it’s also a great system in case they get into danger – whether it’s an assault in broad daylight in the street or a medical emergency when you’re tucked up in bed.

Yes 999 (or 911 in the US) exists, but as the Lifesaver team points out on its Indiegogo page, dialling the number then describing your problem and location can actually cost you a LOT of time, something which you don’t have in an emergency. The same can be said for other Apple safety features and third party apps – others are great but they’re not as quick of efficient as the Lifesaver.

You can view the Lifesaver’s Indiegogo page here and you can get your hands on the case as part of the Early Bird offer for only $59.