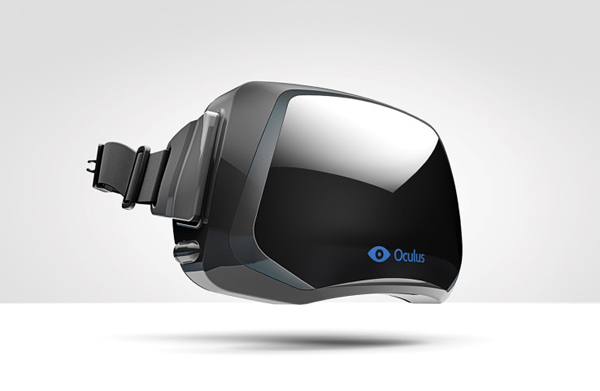 Last night the tech world was shook to its very core when Facebook announced in an investor press release that it has acquired virtual reality company Oculus VR – known for its Oculus Rift virtual reality headset that (up until now at least) has always been focused on 3D gaming.

Just weeks after snapping up Whatsapp for $16 billion, Zuckerberg has now bought Oculus VR for $2 billion in stocks and cash. In many ways it makes sense that the Facebook team would buy such an innovative company that’s already made huge waves in the world of tech, but in many other ways it’s left onlookers feeling a bit angry and a lot confused.

So why are so many people upset about this acquisition?

You don’t have to look far this morning to see that the acquisition hasn’t gone down too well amongst many tech and gaming communities.

Oculus began its life as a wildly successful Kickstarter campaign, demonstrating massive support amongst actual real people who saw this as the first time VR could actually be done right. For many of these supporters it now stings that advertising-riddled, Farmville-obsessed and super snoopy Facebook will be omnipresent throughout everything Oculus does in the future.

Oculus VR has always positioned its device as a gaming platform, and outside of Zynga and all of that boring farmyard rubbish, Facebook has had very little experience when it comes to gaming, which leaves many anxious about the union.

And it’s not just regular gaming fans who are hurt by the acquisition, Minecraft creator Markus “Notch” Persson revealed last night that he’s pulling out of a deal to bring Minecraft to the Oculus Rift due to Facebook’s involvement.

In a passionate blog post on Notch.net he explained:

“I have the greatest respect for the talented engineers and developers at Oculus. It’s been a long time since I met a more dedicated and talented group of people. I understand this is purely a business deal, and I’d like to congratulate both Facebook and the Oculus owners. But this is where we part ways.”

So what’s REALLY in store for this Oculus VR under Facebook’s regime?

Oculus will still be focusing on gaming

In a status update on his Facebook page, Mark Zuckerberg attempted to explain the motivations behind the acquisition. Although a lot of his language was flowery and vague, he confirmed that the team will still focus on 3D gaming:

“Immersive gaming will be the first, and Oculus already has big plans here that won’t be changing and we hope to accelerate. The Rift is highly anticipated by the gaming community, and there’s a lot of interest from developers in building for this platform. We’re going to focus on helping Oculus build out their product and develop partnerships to support more games. Oculus will continue operating independently within Facebook to achieve this.”

This doesn’t meant to say the Oculus Rift won’t be used in many other more annoying, Facebook-y ways, but it does mean this isn’t the end of the team’s big gaming plans – well, not quite yet at least.

The good news for Oculus VR, is the acquisition pumps a great deal of money into everything the team has been working on. This was clearly a big factor at play in the negotiations because when Oculus co-founder Palmer Luckey took to Reddit to defend the decision, he wrote:

“In the end, I kept coming back to a question we always ask ourselves every day at Oculus: what’s best for the future of virtual reality? Partnering with Mark and the Facebook team is a unique and powerful opportunity. The partnership accelerates our vision, allows us to execute on some of our most creative ideas and take risks that were otherwise impossible. Most importantly, it means a better Oculus Rift with fewer compromises even faster than we anticipated.”

So, if the acquisition means the Rift will be better than ever and strapped to our faces even quicker than we imagined then it certainly makes sense that Luckey and his team would have jumped at the deal.

As much as many of us just love to bitch and moan about Facebook, the truth is the social network has a lot of users and we’ve seen how Instagram grew to have 200 million active users after Facebook bought it compared with the lowly 30 million it started off with. Granted Oculus Rift is nothing like Instagram, but Facebook does have a track record of growing business and making things work.

VR could be used for a bunch of social experiences

In the same blog post the Minecraft creator stated he’d be pulling out of discussions with Oculus VR, he also hinted at the possibilities of combining VR with social:

“Don’t get me wrong, VR is not bad for social. In fact, I think social could become one of the biggest applications of VR. Being able to sit in a virtual living room and see your friend’s avatar? Business meetings? Virtual cinemas where you feel like you’re actually watching the movie with your friend who is seven time zones away?”

Similarly, in his Facebook update Zuckerberg explained some of the interesting new ways the Oculus Rift could bring people closer together:

“Imagine enjoying a court side seat at a game, studying in a classroom of students and teachers all over the world or consulting with a doctor face-to-face — just by putting on goggles in your home.”

These ideas seem pretty vague and distant right now, but just imagine being able to step inside all of those cringeworthy baby photos, passionately embrace that creep from school who still keeps trying to add you as a friend and become a real life farmer inside the hell that is Farmville, it’s just too exciting to even comprehend, right?

So if Facebook plans on throwing money into furthering Oculus’ research and development, respects its gaming background and will work on new ideas alongside all of that, then surely it can only be good news that the two companies will team up? Of course things will happen that many of us will turn our noses up at – like non-gaming purposes or annoying ads – but that doesn’t mean the death of VR gaming, if anything it means it could be legitimised by such a huge platform.