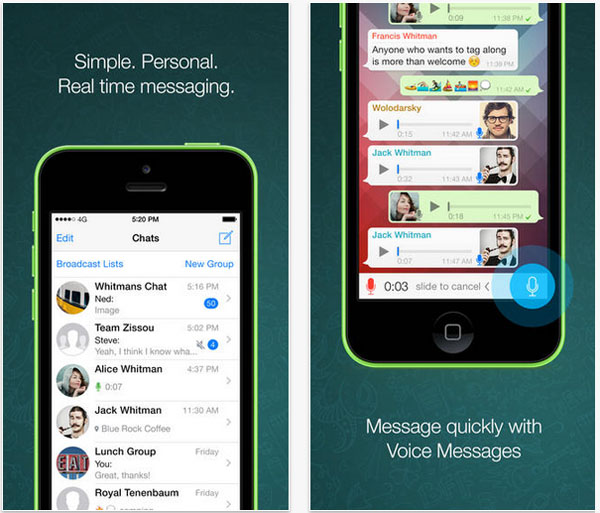 Last night even those who usually ignore the ins and outs of the tech world were sharing news that Facebook will acquire WhatsApp for a whopping $16 billion.

But why such an astronomical figure for what’s essentially just a messaging app?

Let’s put that figure into context.

450 million people is the entire population of the United States, The United Kingdom, Ireland and France combined.

The thing that makes WhatsApp special is that it’s not like many apps that are downloaded by the masses only to be ignored a matter of weeks down the line, as nearly three quarters of the 450 million are actively texting, sending photos and leaving silly audio messages on any given day.

The official line from Facebook about why the acquisition has taken place now is, unsurprisingly, focused on a “shared mission” of connectivity, growth and engagement:

“The acquisition supports Facebook and WhatsApp’s shared mission to bring more connectivity and utility to the world by delivering core internet services efficiently and affordably. The combination will help accelerate growth and user engagement across both companies.”

And if WhatsApp’s figures teach us one thing, it’s that its got all three of those nailed.

Both Google and Yahoo wanted a piece of the WhatsApp pie

Facebook has made no secret of acquiring (or at least trying to acquire) some of the world’s fastest-growing services in the past, like Instagram and Snapchat.

Of course there are many reasons behind these big deals, but an obvious one is that Zuckerberg wants to stay on top of the game and not watch his user base flock to a shiny new offering.

However, an equally scary thought for the social network would be watching its competitors gobble up this popular new talent instead.

If Facebook hadn’t been the one to acquire WhatsApp, it’s highly likely other big players would have swooped in to claim it instead.

According to rumours, Google was interested in acquiring WhatsApp in April of last year, so a similar offer may have been put on the table if Facebook hadn’t made this bold (and not to mention insanely expensive) move.

Facebook just wants to be cool, trendy and down with the kids again

Although some argued the stats weren’t quite so clear cut, 2013 was definitely the year that teens instead flocked to selfie-sharing, mobile messaging apps, like SnapChat, Instagram and WhatsApp.

Facebook may be set to further develop its own set of apps (remember Facebook Camera?) or integrate more of WhatsApp’s appeal into its current offering, but either way getting its hands on one of the most popular mobile services amongst younger audiences will only help in its bid to appeal to the kiddies again.

WhatsApp could help Facebook tap into emerging markets with ease

For some time now the Facebook team has spoken about growing its user base in emerging markets. This is because in the developed world it’s pretty much reached saturation – know anyone other than your great gran who doesn’t have a profile?!

Although WhatsApp has a large number of users across the same markets in the likes of the US, Spain and the UK, it’s also hugely popular in the developing world. This reach could help support Facebook’s efforts to not only increase its user base, but also advance the internet.org campaign the social network plays a part in alongside Qualcomm and Nokia to provide those in developing nations with affordable internet access.