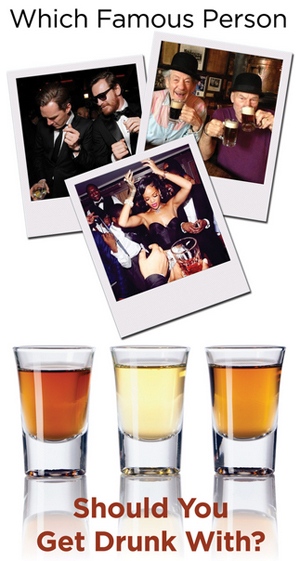 We’ve got a theory here at Shiny Shiny that you can’t scroll down through your Facebook News Feed over the past 24 hours and not see (at the very least) one quiz result from Buzzfeed, along the lines of “I got Harry Styles!! Which famous person should you get drunk with?”.

GO ON, TEST OUT THE THEORY.

When you see these kinds of status updates out in the wild they’re usually accompanied by a caption from one of your mates to convey [insert very melodramatic emotion here] about the result.

For example, a normal person can go from “OMG HARRY IS MY ALL TIME FAVOURITE. HAVE MY BABIES.” to “I CAN’T BELIEVE I GOT JOFFREY?! WHAT’S WRONG WITH MY SOUL? :(:(:(“ in just a matter of minutes.

On the surface many of the quizzes seem, well, pretty ridiculous, containing super scientific questions such as “Pick a talking food” and “Pick a cat in a hat”. (FYI we chose the little frog dude.)

But, if you can see a link to a Buzzfeed quiz and NOT click it, then you’re a stronger person than I’ll ever be. Because whether it’s Which Modern Family Character are you? (I’m totally Phil Dunphy) or What should you eat for lunch? (pasta) or Which classic author is your soulmate? (I got Anton Chekov <3), I just can't stop doing them and from what I can tell, neither can anyone else. In fact I'm pretty sure I lost sleep wondering which Joss Whedon heroine I’d be (I got up at 3am to find out to my surprise that I’m in fact Faith) when I didn’t complete the quiz earlier that day. 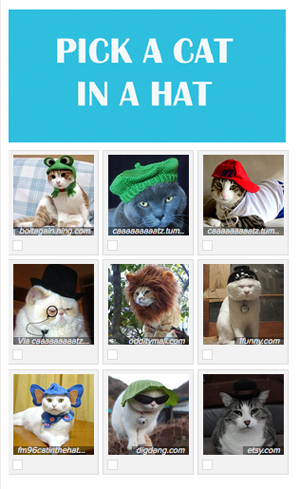 So why is everyone from the whole team in my office to my aunt who didn’t know what Buzzfeed was a mere two months ago now addicted to the stuff?

Many of them also deal in little golden nuggets of pop culture that (although we’d never openly admit in front of other humans) we care a helluva lot about, like which Amy Poehler we’re most like and which Empire Records character we’d be.

They also give us an identity. Yeah, pretty deep for a post containing a photo of cats dressed up like creatures, right? But many of these quizzes speak to our personality and give us something to show off and comment on. Ohhh, you got Daenerys on the Game of Thrones character quiz? Well that must mean you’re a totally gorgeous powerful queen badass!!! Right? (I got Joffrey, I’ll just leave that there).

So the answer to whether we’ll ever get sick of them? Well we should really have tired of them already, because I’ve clocked up about 50. However, given their huge popularity throughout my work and networking circles, friend and family circles and people I-just-keep-on-Facebook-to-stalk-that-I-actually-hate circles, I don’t see the Buzzfeed quiz demise happening anytime soon and wouldn’t really know how to make any of my super important life decisions without them.