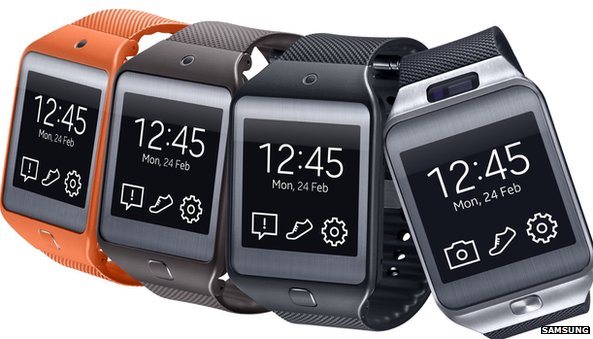 Samsung has unveiled its latest smartwatch device, the Gear 2, at MWC 2014 in Barcelona alongside another new model, the lighter Gear Neo 2.

Both devices come packed with a pedometer, heart rate sensor and more tools to measure stress levels, sleep and activity throughout the day. The watches are running on Tizen OS rather than Android, a move which many believe is to set Samsung apart from Google and make it less reliable on the online giant.

Samsung’s Galaxy Gear wasn’t very well received last year by tech experts or consumers, so let’s hope these latest devices can get everyone excited about Samsung’s wearable offerings before others overshadow it in the coming months.

All eyes will be on Samsung again this evening (Monday 24th February), as the South Korean company is rumoured to be announcing its latest handset, probably the Galaxy S5.