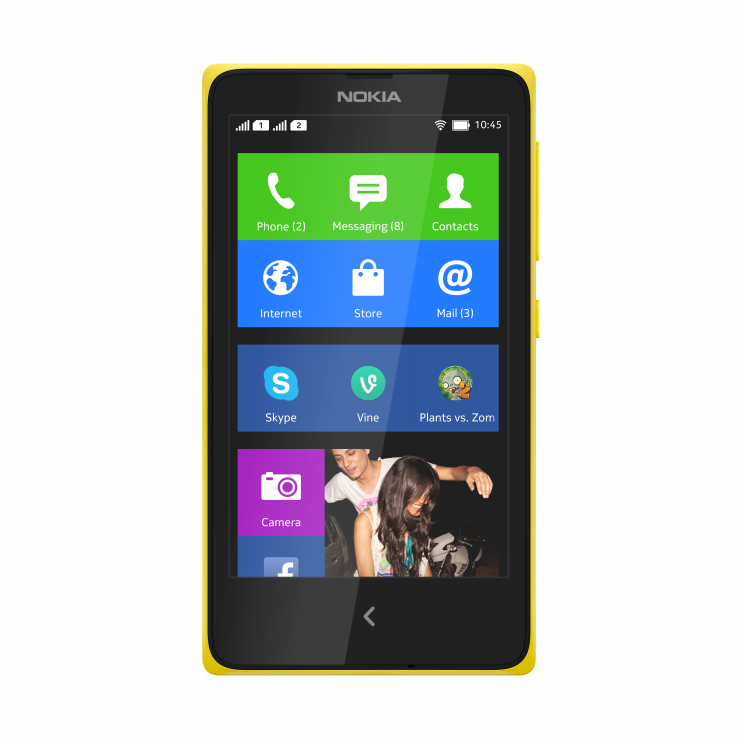 It has been rumoured for quite a while and now it has been confirmed, Nokia doesn’t just make Windows phones, it is also manufactures Android ones too. But in typical Nokia style there’s a twist or two.

At MWC 2014 it unveiled the Nokia X, X+ and Xl smartphones, but as CEO Stephen Elop insisted these aren’t just bog standard Android mobiles. He said that: “The Nokia X is built on Android open source software. We have differentiated and added our own experience.” And that means keeping the company’s Windows style tiles, inspite of the fact that the engine running the handsets is Android.

The phones aren’t that high spec either, but are designed to fit somewhere in between the company’s budget Asha mobiles and its Windows Lumia top-enders. The X sports a 4-inch IPS capacitive display, 1GHZ Qualcomm Snapdragon dual core processor, 512MB RAM & 4GB eMMC, a 1500mAh battery.3MP camera, dual SIM cards, expandable storage via a MicroSD card. Not surprisingly it still comes loaded with lots of Microsoft goodies including Maps, MixRadio, Skype and OneDrive.

The X+ also has a 4in screen and similar spec but with more RAM, while the XL boasts a 5inch screen. The handsets also come preloaded with Skype and other Microsoft friendly fair, including Maps and MixRadio, Skype and OneDrive.

The prices are as you’d expect very competitive with the Nokia X out now for 89 Euros, the Nokia X+ available in Q2 for 99 Euros and Nokia Xl coming soon at 109 Euros.
I guess these phones are aimed at emerging markets, but they could also build up a significant following among cash-strapped Britons too.