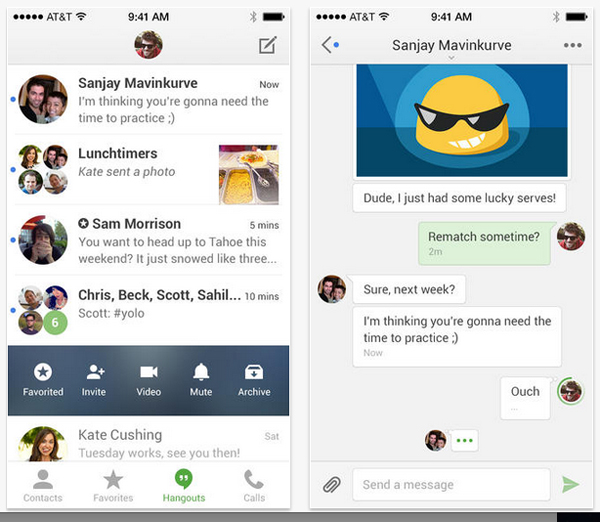 After Facebook bought up Whatsapp a few weeks ago, and allegedly offered more than Google for the teen-friendly messaging service, many started wondering what the search giant’s next move would be and today it seems clear: turn its Hangouts app into Whatsapp. Simple.

The latest update to its iOS app welcomes a tonne of new features similar to other messaging apps, including not at all irritating stickers, Vine-like 10 second video messaging that plays on a loop to your mates and location sharing.

Although some of these features were already available on the Android version of the app, Hangouts on both Android and iOS now look very different and much more Whatsapp-like.

One thought on “Google Hangouts on iOS gets Whatsapp-style makeover”