Cancer Research UK have announced an intriguing new game this morning. That’s right – not Zinga or King… but Cancer Research UK. They reckon their new space game “Play to Cure: Genes in Space” will directly help scientists working to cure the disease. 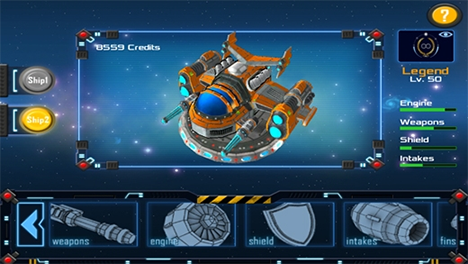 One of the big problems that scientists regularly face is having too much data to sort through. Running an experiment can product thousands or even millions of samples that need to be analysed before any conclusions can be drawn – and annoyingly for them, a lot of the time this can’t be automated as it needs a human brain to do the thinking.

There is a brilliant solution to this though: outsource the analysis to you and me. Whilst we non-scientists don’t have the training to explain what any of it means, we are pretty good at spotting patterns and commonalities in images. But what can you do if you can’t find someone to parse through thousands of boring images? It turns out the answer can be crowdsourcing.

Rather than rely on one person to do the work, one solution is to put it on the web and rely on lots of people doing a little bit each – and to make it fun, turn it into a game! One of the early successes like this was Galaxy Zoo, which saw volunteers work their way through a huge database of images of galaxies, classifying them as different types of galaxy by shape (eg, was it a spiral or a disc?). Add a scoring system and you have an addictive game.

Cancer research are taking this a step further – they’ve hidden the noble pursuits built into the game almost entirely. Genes In Space is for all intents and purposes, a space shooter.

Where the helpful science comes in is during each mission, when the player must draw a path through space. To do this, they’re shown a an image that looks like space with a load of wavy white lines on it – this is actually something cancer related. By plotting the route and joining the dots, you’re adding valuable metadata for scientists to use… as well as planning your space route.

Then it’s into the game and you have to navigate the path you just drew – and avoid oncoming asteroids in the process. Apparently even the playing helps scientists figure out what’s going on.

On top of this – it’s a fun game too, and there’s a ship upgrade system and all that sort of thing too, to give the player a sense of accomplishment!

The game is available for download now on both the iPhone and Android app stores.

Who knows, if this app is successful it might help many more people Live Long And Prosper?