In what seems an increasingly common occurrence, recently a controversial game appeared on the iOS and Android app stores – to the swift disapproval of many people. In this case, it was a game called Plastic Surgery for Barbie, aimed at kids who want to play at… plastic surgery. 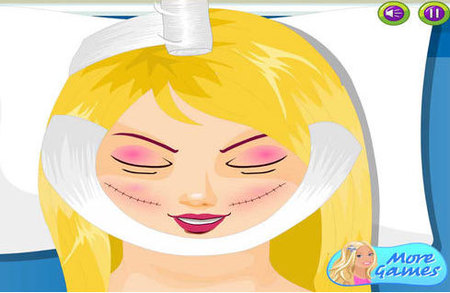 Needless to say – it was a fairly abhorrent premise to the majority of people, especially as it was targeted at children. Sensing the tide of public opinion, both Apple and Google have pulled the app down before it boiled over into a fully blown shitstorm. Mattel, who make the Barbie toys have also distanced themselves – pointing out it isn’t an officially licensed game.

What’s interesting about this – other than the horrifying look into what our culture expects of women now – is the speed at which this happened – and that it was up to Google and Apple to police the limits on what was allowed to appear. Does the fact that the two corporations are the gatekeepers create any interesting free speech issues?

Let’s leave aside the copyright thing – if Mattel had complained about their trademark being infringed, the app would have been (rightly) pulled for those reasons. But they only found out about it after it caused controversy – so clearly the app was only pulled on “OMG isn’t this horrible?” grounds.

The context for this is interesting too. The internet has long been viewed as a place where absolute freedom of expression is possible – with no censors. If you like, you can create a website featuring nothing but swastikas, racism and Nickelback – no one can stop you. But the increasing shift to mobile changes this dynamic somewhat.

Though our phones and tablets still have web browsers, that can access all of the internet, nobody really likes using them if there is an app available. That’s how people like consuming content now – not least because it gives a richer and slicker user experience.

The trouble is that unlike the web, to get an app you have to go through Apple or Google’s store. That means that before your content can be accessed in this way, your work has to be appraised and approved by these gatekeepers. Which is a bit weird, isn’t it?

It’s like we’ve outsourced our decisions on what is suitable for us to access to this third party. And whilst we might all agree about a plastic surgery game aimed at kids… what if it was something more controversial? What if Apple decided to ban the Labour Party app because they wanted to tax big corporations more? Or what if Google decided to ban all Christian apps because they don’t like what the Bible says?

These scenarios are perhaps pretty unlikely – but Apple have acted in their corporate interest before. In 2011, they banned a game called Phone Story, that satirised how iPhones are made – highlighting poorly paid Chinese workers and environmental problems and so on. You’d have to struggle to agree that this isn’t an abuse of power – and a censoring of free speech.

Apple and Google aren’t the only threats to the online free speech we’re used to. With the move towards social media, we’re outsourcing large chunks of our communications to the likes of Facebook and Twitter – who set the rules on what you can and can’t say on those platforms. Remember the last time you called someone on your landline and a BT operative cut in half way through and told you off for swearing? Exactly.

And here’s the kicker: we can’t really opt out. Sure, you can make the abstract argument that we could all use the postal service, or different digital services to communicate. But if you live in the real world you’ll realise that you need to use a smartphone to exist in the modern world – and if you increasingly need to be on social media in order to stay in touch with your friends and colleagues.

So maybe it is time to ask – who put Apple, Google and the other corporations in charge? Why do they get to decide what we can and can’t access? It’s a tricky dilemma and one we’re going to see increasingly in the future.