Nokia are having a busy Christmas – not content with launching a tablet this Christmas, at the other end of the spectrum they’ve just launched the Nokia Asha 503 exclusively on O2. The phone is perhaps unique – in that it’s not quite a smartphone, but can do smartphone-like things – and it’s aimed at price conscious PAYG customers. Read on to see our review. 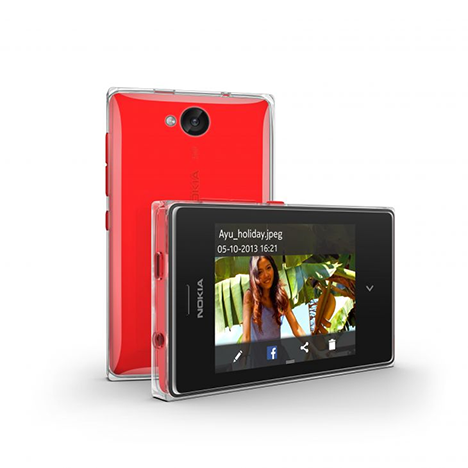 You may not have heard of the Asha range. Unlike other Nokia phones, they don’t run Windows Mobile – and nor do they even run Android. Asha is more reminiscent of the “feature phones” of old. As such, the Asha is designed to be much cheaper than it’s siblings, and has been a big deal in developing countries. As you might imagine, Nokia are releasing the 503 over in the UK to aim at the budget phone market. To speak to this fact, it’s only going to be available on Pay-As-You-Go.

The phone itself is rather dinky – a few millimeters wider and a couple of centimetres smaller than an iPhone 4S, and it packs a 3″ screen covered in Gorilla Glass. It feels very plastic, but the transparent plastic coating gives it a little style.

The screen itself is only QVGA – which is only 240×320 pixels – compare to modern phones that can squeeze in 1080p HD screens and you’ll begin to understand why this is a distinctly entry level device. 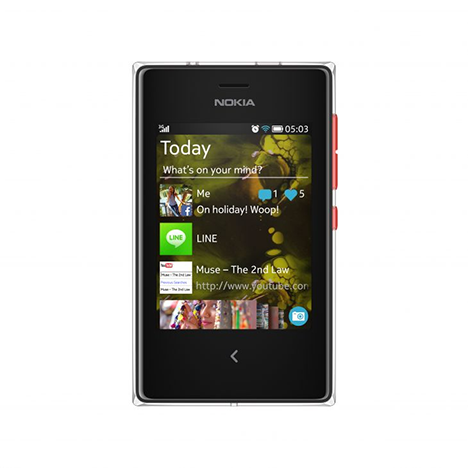 Inside there’s only 64mb of RAM – and micro-SD support goes up to 32GB. Simply put – this phone wouldn’t have been out of place seven years ago but doesn’t look all that great in comparison now. The two sops it does have to the modern world is that it has built in Wifi, Bluetooth and 3G – alongside a surprisingly good 5 megapixel camera.

So slightly underwhelming – but this is a budget phone. Perhaps more importantly: how does it perform?

Whilst the Asha is a budget option, this isn’t stopping Nokia from trying to make it seem like it can do many of the things that a smartphone can do. To this end, the homescreen has the familiar look of a list of apps with icons (interestingly it hasn’t been skinned to resemble Windows Mobile). There’s all of the standard things – calls, contacts, messaging and so on – as well as Facebook, Twitter, and a bunch of WhatsApp-style apps that are big in various countries (such as Line, which is big in Japan) – just no WhatsApp.

When you go to use any of the apps you get an immediate indication that it’s not a very powerful phone – with loading screens before using anything. The Facebook app appears to be just a wrapper for the mobile website – and the browser itself is fairly slow going. Perhaps the biggest distraction is the incredibly low-res screen, which makes even 5MP photos displayed on screen look pretty terrible.

On one of the built in racing games I played too the graphics were of a quality I haven’t seen since the Game Boy Advance. It’s enough to make Angry Birds look like Avatar.

There’s even an app store – but don’t expect much from it. Because Asha isn’t a major platform, like iOS, Android, or even Windows Mobile in comparison, there’s going to be less apps being developed – so don’t expect to find much beyond the basics. They’ll be no Instagram or Vine here. Bemusingly, one of the featured apps on the appstore homescreen is “Google Maps” which isn’t actually Google Maps, but an unofficial app that when you give it an address it will download and show you that one tile from Google Maps. And this was a featured app.

Maybe I’m being unfair – after all, the Asha 503 isn’t for the likes of me. But even on its own merits it isn’t hugely impressive. It can make calls and send messages okay, and that’s what you need, right? 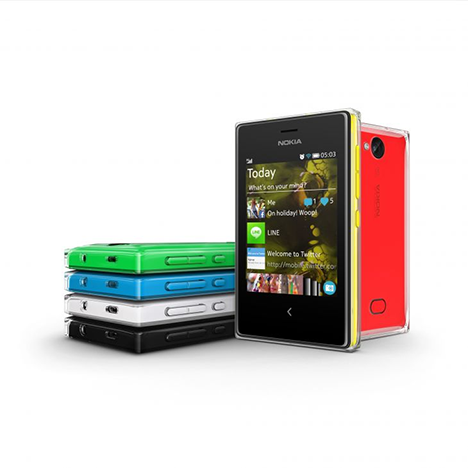 So how much will all of this cost? The Asha is available now exclusively on O2 PAYG in the UK – and the phone will set you back only £69.99 – with no strings attached.

So is this phone for you? If you’re a regular reader, then probably not – you’ll want a proper smartphone. If you’ve found this review after searching the internet looking for phone advice, and are on a budget – or don’t want anything too fancy… maybe.

Are there any viable alternatives? Even checking the O2 PAYG offering it appears you can pick up this Alcatel Android for £40 – which whilst it has a slightly less good camera, betters this Asha in almost every other respect.

So I can’t help but wonder if you might be better off getting a low-end Android phone.