If you have ever wondered how popular US sport, and especially American Football is in relation to football as the rest of the world, take a look at this infographic. It shows how many followers the top football and Gridiron teams have in social media. And there really is no contest.

Even the most popular US team, the New York Yankees, has only half the followers of the third most popular British team Arsenal. And if you add all of the followers of all the Gridiron teams together they still work out less than the staggering 60 million followers that Barcelona has. It is worth noting too that Man United are rated as having 35 million followers. This is set to change significantly this year as the club has only been on Twitter for a matter of weeks.

The infographic, published on Forbes shows the teams listed in order of franchise value on the right along with the combined number of Facebook fans and Twitter followers. The size of the bubbles represents their social following. 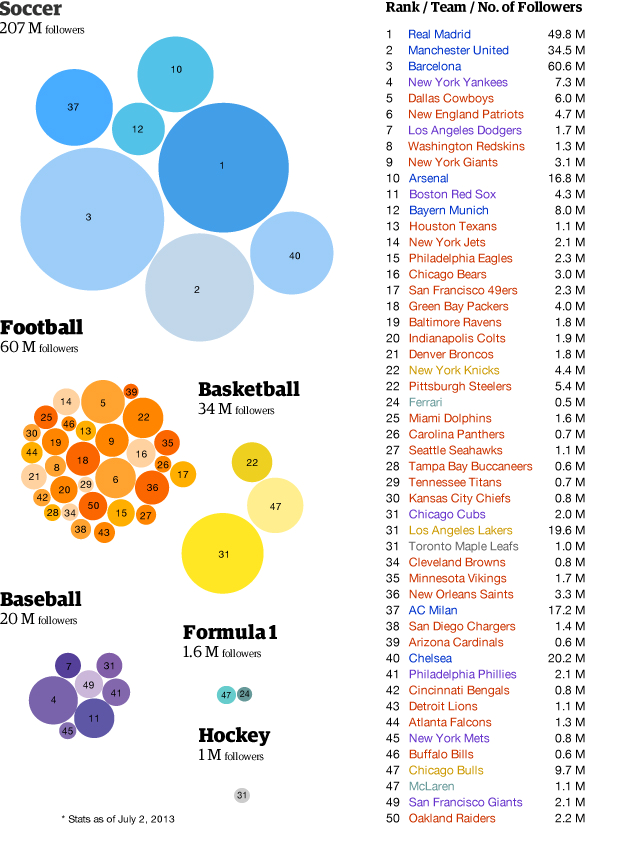