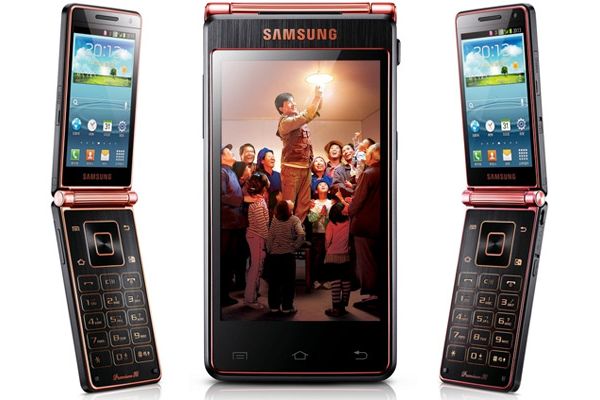 Aaah mid noughties nostalgia. Remember when we all used to crave flip phones? Well it appears that we might do again, for Samsung is on course to launch an Android powered, Galaxy monikered touch screen phone as a flip!

Samsung has already launched a pair of flips in its domestic market this year and now has announced the Galaxy Folder which might find itself on sale outside Korea too.

It is due out in August and already has the backing of a couple of Korea’s biggest networks. It is available in two guises SHV-E400S and SHV-E400K.

Interestingly it is aimed at the lower end of the market so the features list is a little on the short side. We do know that is will pack a dual-core Snapdragon S4 CPU, 4G LTE speeds and Android 4.2.2 Jelly Bean.

The touchscreen is rather low res too weighing in at 800 x 480 pixels resolution. Still you can have fun with that old school proper keypad.

So what do you think? Should Samsung bring the Galaxy Folder to the UK and US?