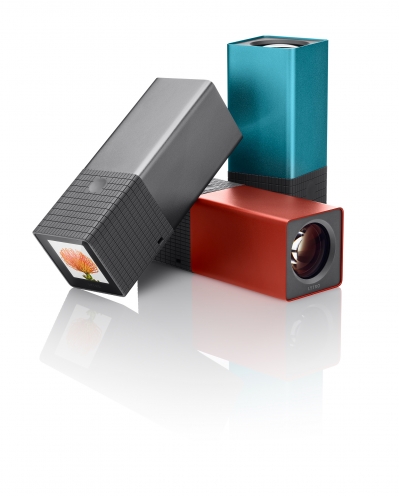 It has been a long time coming but the Lytro camera finally arrives in the UK today going on sale in a variety of stores with prices starting at £399.

So why is this a big deal? Well in case you missed the hype the Lytro, which has been in existence since 2011, offers users what it says is a unique and innovative way to take and experience pictures.

The Lytro light field camera captures all rays of light in a scene and this means it can perform some neat tricks such as the ability to focus a picture after it’s taken or alter the perspective on a scene. The maker says that this means it can create interactive “living pictures,” that can be endlessly refocused.

The camera also has a fairly unique design too in that its is small and rectangular. Also on board is a powerful 8x optical zoom and f/2 lens. There’s no extra dials or buttons and the whole thing is controlled by what the maker says is a intuitive touchscreen.

This being the age of Instagram and Lomography the camera also comes with nine interactive filters. There’s also the Lytro Mobile App.which works on iOS devices, that enables users to refocus pictures and experience Perspective Shift

Jason Rosenthal, CEO of Lytro comments: “With light field technology there is a huge opportunity for creativity in photography that hasn’t been possible in the past. We’ve seen amazing, creative and interactive pictures from camera owners in other countries, and we’re looking forward to seeing living pictures from our UK customers.”