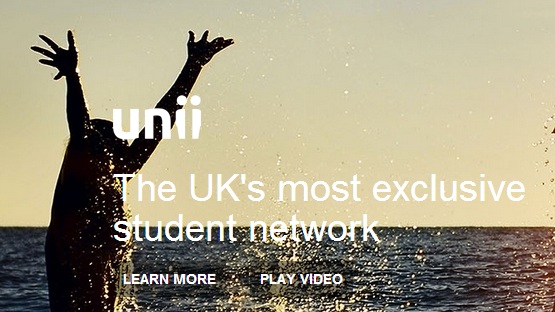 Pesky parents. In the good old days students could get up to whatever they wanted to at Uni safe in the knowledge that their parents would remain unaware of their midnight spin dryer riding habits (or was that just me?), and much worse.

Now though thanks to the wonders of Facebook drunken images are often accompanied by a cheery comment next day from a parent advising on hangover cures – or even worse disparaging comments and suggestions that you need to get back to your studies.

So what do you do? Well maybe use Facebook for nice shots of you in the library and post all your interesting stuff on a site that your parents can’t see – like Unii a new social network for students which has just launched.

Its makers claims that uni is a place for experimenting and embracing new found freedom, so the last thing students want is their parents checking up on their every move. To prove the point they have commissioned a survey which discovered that over half of British dads confess to checking up on their kids via Facebook at least once a month

So with Unii, you need a university email address in order to sign up, which is perfect unless of course your mum is an academic.

The site has plenty of Facebook style networking facilities as well as places to post those oh so embarrassing night before photos and loads more. It laos has a serious aim too and feature a comprehensive jobs board showing the latest internship placements, helping students to find their first crucial placement when or before they graduate.The site is here.