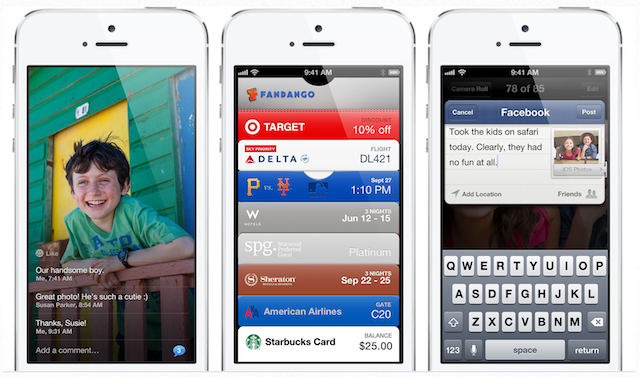 Here is a slightly odd one. French tech blog Nowhere Else has published a roadmap that suggests the iPhone 5S will be available to pre-order from June 20.

The document comes from Japanese telecom KDDI’s “au” wireless service and says that the June pre-order will be followed by a July launch. Details about the phone include news of a 13MP camera and the inclusion of iOS 7.

This is one leak that we are not buying. Most of the information that is coming from Apple suppliers is that the phone will be delayed and that it might not even arrive until late autumn. The key issues appear to be problems involved in integrating a fingerprint sensor. Also, during Apple’s latest earnings call, CEO Tim Cook did point towards Q3 as being the company’s quarter for “surprises” and innovative new products.

The laminated sheet is said to closely mirror the “cheat sheets” that forgetful in-store sales assistants refer to when pushing new products on customers. But considering they’re often printed at point of sale from widely-circulated PDFs (usually only with a company header changing between rival stores) this wouldn’t have been too difficult to fake.

So you can’t rule out a July launch for the iPhone 5S but I’d be amazed if this one turned out to be accurate.