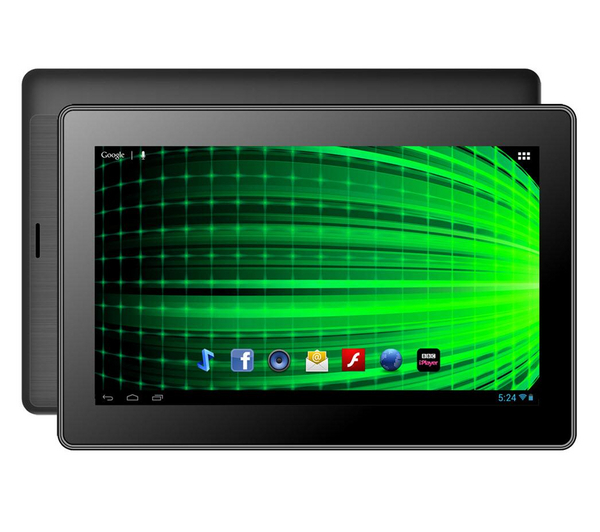 In case you haven’t seen it Apple’s share prices have taken a hit the day before their latest financial results are announced. One of the reasons for the drop – which admittedly might be instantly arrested tomorrow if the results are good – is that the market is worried about cheap Android tablets tempting potential iPad buyers.

And while there are lots of online places to buy cheap tablets – we found this for £42.99 – they are now popping up in the High Street too with PC World stocking the Versus Touchtab range.

Want a seven inch tablet for next to nothing? Well the seven inch version is now coming in at £70.99. It has a decent-ish spec for the price too including Ice Cream Sandwich OS, eight gig of storage and a very basic VGA camera. You even get a three months free subscription to The Times. The biggest drawback is a battery life of just four hours.

If that’s no highly specced enough for you then there’s the 7V at £100 which runs JellyBean has a faster processor and slightly better (though still pretty primitive) camera.

I guess whether these devices work for you is determined by what you expect from a tablet. They will never rival the sophistication of the iPad and its rivals, but if you just want a tablet for accessing the web and downloading a few apps then these could be just the ticket.