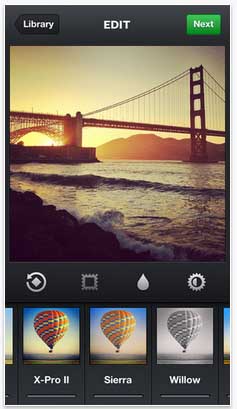 Instagram has always been super secretive about revealing its stats, mainly because up until now we’ve always been able to guess roughly how many people are taking lame, amateur photos and putting retro filters on them. Answer: Everyone but our grans.

Well that all changed when Instagram randomly made a bunch of – kinda worrying – changes to its terms and conditions, which left many wondering whether their snaps could be sold to third parties without prior consent. As we were all expecting, a tirade of Instagram-related tweets and long-winded, ranting blog posts ensued with a few high profile users and celebrities dramatically quitting the service.

Despite it being such a hot topic online for a few days, it didn’t seem as if the terms and conditions change – and subsequent change back again – would really have that much of an affect on numbers. However, a few publications published stats from service App Data this week, which pointed to a 25% decrease in users after the fiasco.

Well Instagram has decided to fight back against these recent stats, by publishing some interesting, official figures for the first time in its history. Today on the Instagram Press page the company has added a small side panel containing data about its users and their engagement with the app:

The stats prove the app isn’t dying a slow death, which is what some melodramatic naysayers have been suggesting, but is in fact going from strength to strength.

Digital Trends has pointed out that the stats from App Data, which called all of the fuss earlier in the week, could well be skewed given they only count users who have synced the app up to their Facebook accounts – not a requirement to use Instagram itself.

At the same time we shouldn’t buy into Instagram’s hype – it is owned by Facebook now after all – and deny that the debacle had an affect on its users. But at the same time we need to remember that sometimes we fall into the trap of assuming just because a few vocal Twitter users are chastising a service, that doesn’t mean to say anyone else cares or is even aware of the whole controversy in the first place.