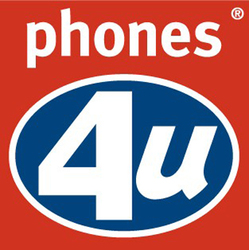 Samsung is one of the most important technological innovators of our times, continuously raising the bar in terms of things like mobile phone technology. Consumer technologies will always be our inroad into the latest technological advances and they are probably most prominent in the world of the mobile phone.
Samsung’s latest Galaxy S3 has been a resounding success and is one of the best value mobile phone deals around. It is probably the flagship Android phone and the obvious choice for those who desire a super-phone that isn’t made by Apple. It benefits from the bigger 4.8 inch screen which seems to be one of the major debates as far as which mobile you should buy.
Most phones tend to err towards the 5 inch screen but rivals like the iPhone have only just reached the 4 inch mark – perhaps giving a phone more of an in hand navigation quality and a less cumbersome portability.
Samsung feature on most levels of the mobile phone and tablet market with products like the Galaxy Note, Galaxy Tab, Ace and S3 in their repertoire. Samsung’s latest mobile phone, the much vaunted Galaxy S3 Mini seems to fill the mid-range gap and sports a sharp 4 inch screen.
The Galaxy S3 Mini may be ‘Mini’ by name but it still has that ample 4 inch screen alongside a host of other features that aren’t necessarily replicas of the larger S3. The spec is slightly downgraded with a dual core 1GHz processor and 1GB RAM, which is reflected in the mid-range price tag.
It runs off Android Jelly Bean 4.1 which is a big selling point as it’ll have features like Google Now which are very handy in terms of local information – supplementing S-Voice very nicely. Other features like smart alert where your mobile phone vibrates on contact if you have a missed notification are also nifty. That’s not to mention an effective power saving mode and the ability to run two windows simultaneously, making the new Samsung a thoroughly rounded mobile phone.

In association with Phones4U