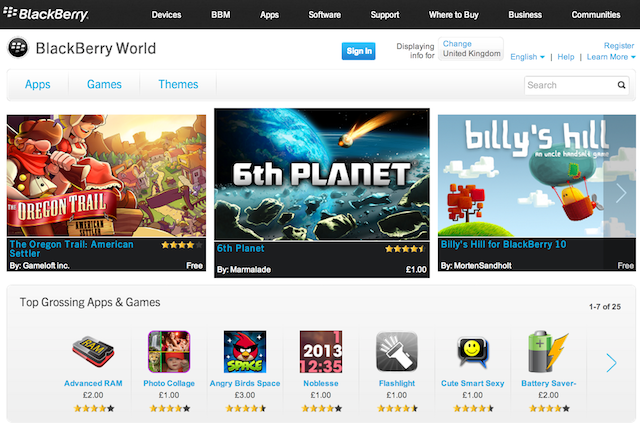 RIM has renamed its BlackBerry App World store this week and given it a makeover in time for the launch of its new operating system, BlackBerry 10, later in the month.

The brand new look and name are all steps to unify the BlackBerry brand and the “app” element was dropped because it won’t just be all about the apps in future, but movies and music will all fall under the same umbrella.

The store is split up into different channels, which include themes, games and apps. You can share items to Facebook and Twitter really easily and content can also be shared locally using NFC with other BlackBerry phones.

You can check out the new desktop version today, but the store’s mobile reveal will be at the same time as the BlackBerry 10 launch on the 30th of January.