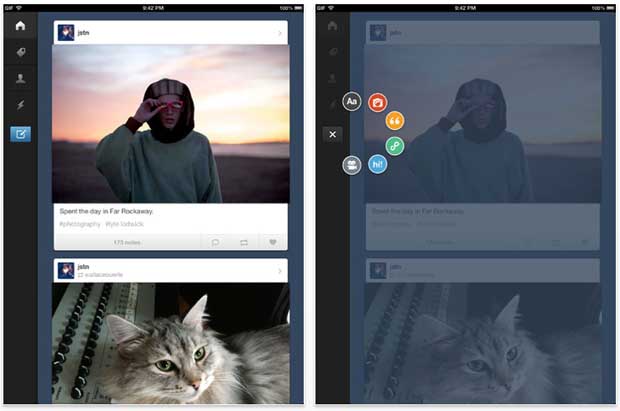 You’ve always been able to use Tumblr’s iOS app on iPad devices, but the blogging service has never released an app that’s fully compatible with Apple’s tablets, well until today.

The long awaited iOS app, which has been specially design for both the iPad and the iPad Mini, was launched earlier this morning and includes all of the great features we’ve already seen, as well as intuitive navigation sidebar buttons that are with you wherever you browse, a cute radial menu for creating posts and landscape support.

The Tumblr app is available from iTunes for free.