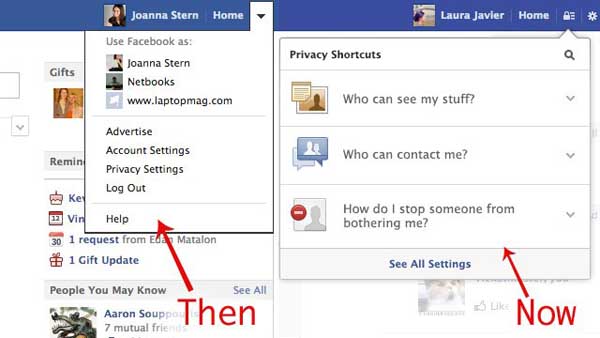 Despite the fact everyone makes such a big deal about Facebook being a big baddy that wants us to sign our lives away and expose everything we do to the public, if you spend enough time digging through the settings you’ll actually find you have complete control over EVERYTHING Facebook related.

However, the settings are changed regularly and it can be hard to find exactly what means what within them, which is why the social network is set to roll out a number of changes for its users this week to give them more control over their data.

The changes were first announced in an ABC News report earlier in the month and according to various sources they’re being rolled out to users in New Zealand already. Yeah, we’re not sure why they get them first either.

The most notable change is that instead of being some confusing, jargon-like labyrinth, privacy and data settings will be much MUCH simpler. A new privacy shortcuts menu will be added to the top of every Facebook profile and it’ll allow you to review your settings with super simple terminology, like “Who can see my stuff?” and “Who can contact me?”. Of course there’ll be ways to delve deeper if you find that kind of language a bit condescending, but it’s great to see Facebook implementing these options, especially for younger users or those who aren’t as well versed in social media speak.

Some other new features include more educational messages and an easier way to browse through and untag yourself from photos with options to choose from as to why you’ve done it, with “it makes me sad” as our all time favourite thing about Facebook. Ever.

[Via The Next Web and ABC News]