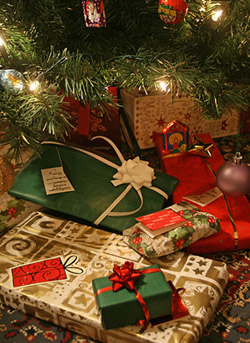 It seems we’ve become a nation of gadget geeks this year as a study into what we’re all wishing for this Christmas has found most of us have our fingers crossed for a shiny new piece of tech.

The research, commissioned by www.MyVoucherCodes.co.uk, polled a total of 2,108 adults from around the UK and found that shiny gadgets account for eight of the top ten most desirable things this year.

In at the top spot is the tablet computer (18%) followed by a laptop (15%) and an eReader (12%). When asked why they were so tech-obsessed this year most responded by saying everything’s just too pricey to afford by themselves, so they expect other people to fork out for them to stay ahead of the trend. AWH. However, 31% did admit they were spending a lot on loved ones this year and would splurge on something big too.

It’s hardly a surprise that the tablet computer tops the list, but if there was ever any doubt that Apple is still as popular as ever, well over half waiting for a tablet said they were specifically expecting an iPad or iPad Mini underneath the tree.

One thought on “STUDY: Tech tops Christmas 2012 wish lists in the UK”