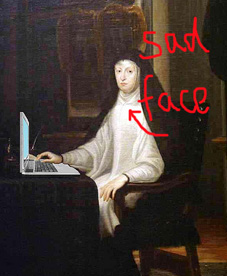 Forget orgasms, love and procreation, it seems we’re all much more turned on by status updates, Instagram photos and Farmville nowadays, as a US-based study suggests we have a stronger desire to look at Facebook than have sex.

Researchers at the University of Chicago wanted to see just how addicted and obsessed we are with social media (for, like, the billionth time), so for seven days monitored 250 students and asked them what they yearned for the most and lo and behold checking Facebook and Twitter came out on top over regular human being things, like socialising, nicotine addiction and DING DING DING sex.

Wilhelm Hofmann, one of the guys leading the study, told the Los Angeles Times:

“Desires for media may be comparatively harder to resist because of their high availability and also because it feels like it does not cost much to engage in these activities, even though one wants to resist.”

OK, OK so it’s definitely one of those “studies” that we can’t take that seriously and even those behind it talk about the methodology in a rather shaky “well we just chatted to the participants” kinda way.

There are all kinds of things at play here too, like what if they were 250 participants that find it hard to talk to people, flirt and generally get laid? Surely they would yearn for social media more because it’s right there? And why is “it does not cost much” a reason for social media over sex? We could pick holes in this all day, but we won’t…

However, we don’t doubt that some people have a strong and possibly unhealthy desire to check social networking sites (we’re doing it right now). The one thing we do hope is that the desire to stalk someone’s photos doesn’t REALLY overtake the desire to, like, procreate, otherwise we’ll then be facing some actual problems.