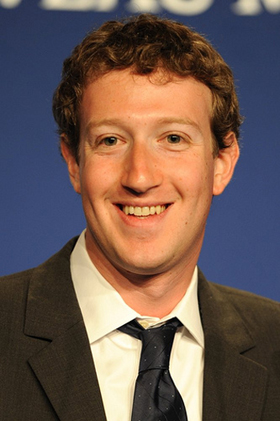 While he was speaking at a TechCrunch Disrupt “fireside chat”, Zuckerberg instead stressed that his ultimate goal was to have Facebook integrated deeply into all major mobile devices, including tablets, iPhones, or Android, Windows Phone or BlackBerry smartphones:

“The strategy that’s different for every other tech company, which is building their own hardware, we’re going in the opposite direction. We want to build a system which is as deeply as possible integrated into every major device people want to use.”

In an interesting admission, Zuckerberg did however reveal that the company is seriously thinking about launching a search engine to rival the likes of Google and Bing.

Zuckerberg noted that Facebook already has multiple ways to answer questions, which is exactly how a forward-thinking search engine should work. He said:

“We’re basically doing 1 billion queries a day and we’re not even trying.

“Facebook is pretty uniquely positioned to answer the questions people have. At some point we’ll do it. We have a team working on it.

“Search engines are really evolving to give you a set of answers, ‘I have a specific question, answer this question for me.'”