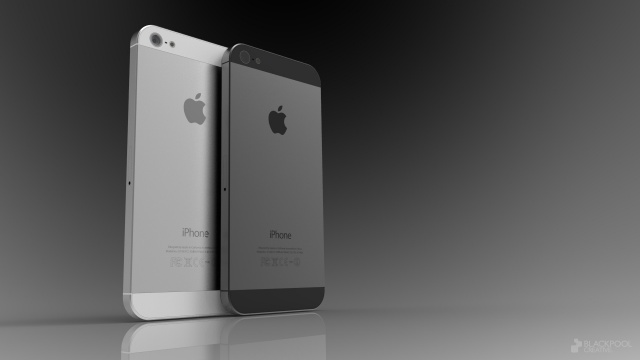 It’s only a matter of hours now before Apple announces its sixth iPhone device (unless we’re all very VERY wrong and it’s just a chat about operating systems) and after the slight disappointment at the iPhone 4S launch last year, we’ve not seen as many weird and wonderful rumours, but just a few that all seem (fairly) plausible.

What are the big features everyone’s talking about?

For a long time now we’ve heard rumours that the new device will be slightly thinner with a larger screen. Although we’re not surprised by the decision to make the iPhone a bit bigger we’re really hoping we don’t see anything as big as Samsung Galaxy proportions. We have small hands, OK?

Check out some of the photos collected by Tech Digest, which are allegedly of the new phone:

Sockets and Connectors: It might have a smaller dock connector

Many are reporting that the headphone socket currently located at the top of previous iPhone devices will be moved to the bottom.

Another widely spread rumour is that the doc connector at the bottom of the phone will be a different shape and size to accommodate the slimmer design of the phone, which doesn’t sound like a big deal until you think about how many cases, accessories and other gizmos are currently built for the current shape of the iPhone’s dock connector… Uh oh, bring on the adaptors.

Many of the leaked photos reveal a two-tone metal and black glass exterior or more of a grey design, although there have been plenty of rumours to suggest the phone will stay as a simple black or white option.

9to5Mac published photos that were allegedly of the new device’s motherboard, which led many to believe that the phone’s new SIM card would be much smaller.

Although we haven’t heard much about this rumour for a while now, back in May many were suggesting that Apple could do away with the SIM card altogether to make the new handset as slim as possible.

As usual all kinds of rumours have been flying around about the next generation iPhone’s camera, with some suggesting a flash on the front-facing camera or an 8MP offering on the back, but no one seems to be making any big assumptions on this front yet.

4G: It could tie-in with the EE launch here in the UK

In UK news, at the EE launch yesterday the company’s CEO Olaf Swantee made a joke about a new device possibly being added to the line-up of phones that would be launching with 4G, so we’re expecting it to be the iPhone 5.

NFC: It might have some kind of mobile payment tech built-in

NFC (of Near Field Communication) technology is the cool ability to pay, transfer content and do all kinds of other things with your mobile device. For the longest time now there’s been a huge “will they? won’t they?” when it comes to the iPhone 5 and NFC, but last time we checked everyone’s still a little undecided about whether an NFC chip would be able to fit into the leaked photo we’ve already seen of the new device.

There have been hints at a possible S5L8950X chip in the new device, but we’d definitely expect to see a version of the A5X from the iPad that’s been optimised for the iPhone or even an A6 chip.

When will the iPhone 5 go on sale?

According to The Telegraph, a number of “mobile industry insiders” have revealed that the new handset will be released in the US on the 21st September 2012, although there’s been no word about international launch dates.

Many are expecting the Apple team to release the latest version of its operating system, iOS 6, which was announced back in June and features Apple’s own version of Google Maps.

There’s also a chance Apple will launch it’s iPad Mini device, which some believe is on its way later today or could be announced at a separate event entirely.

Rumours collected by our sister site Tech Digest recently suggest that a 13-inch MacBook Pro with Retina Display might be launched, alongside long-awaited new iMac models.