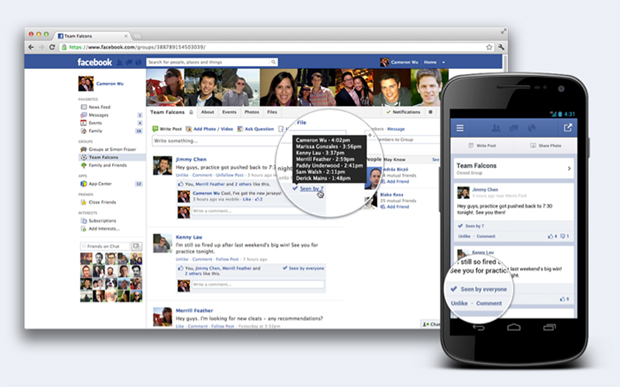 Despite the fact Facebook messages rarely “get lost” or “don’t come through” it doesn’t stop us from using those kinds of lame excuses when someone annoying tries to chat to us and we have to explain why we never responded. Well now it seems Facebook is making a number of new changes that’ll make it pretty much impossible to ignore anyone without coming across as really really mean.

You may have already noticed that when you’re using the chat functionality you can tell whether your last message was received and when, as it’s marked as seen along with a timestamp. A similar feature is now coming to Facebook groups, which means that once something has been posted within a group a link in the top right hand corner will tell who the members that have read the update and when they last visited the group.

There doesn’t seem to be anyway for users to opt out of the new “who’s been lurking?” feature right now and even the group admins don’t have the option to get rid of it either, which we’re sure is bound to irritate the nine people who actually use groups regularly.