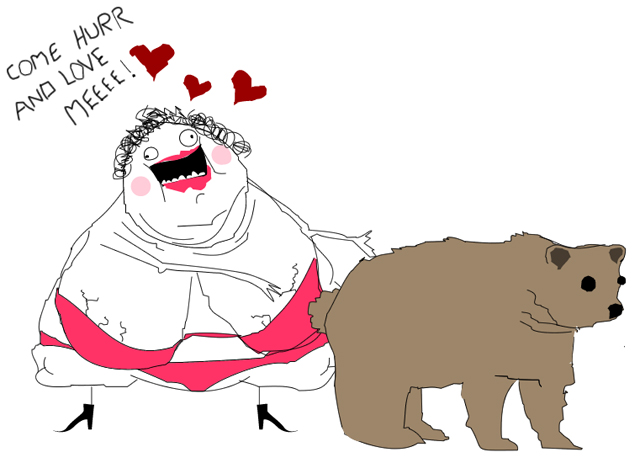 The Oatmeal is one of our favourite online havens, with a tonne of hilarious illustrations and silly captions, which come together to create some of the best laugh out loud humour on the web.

So, just like 34,939,923 others yesterday, we were shocked to see that The Oatmeal has been in a messy (and rather ridiculous) legal battle with that other not as funny website, FunnyJunk.

The Oatmeal’s illustrator, Matthew Inman, has been very vocal about the fact FunnyJunk continues to rip off his work regularly without giving him any credit and last year wrote a blog post about it. Now the site has sent Inman a public serving stating that he owes the company $20,000 for public defamation and a whole load of other stuff.

Obviously Inman wrote a blog post in response to the whole debacle, which outlines just how crazy it all is (please read that now if you haven’t already: FunnyJunk is threatening to file a federal lawsuit against me unless I pay $20,000 in damages) and his solution to the problem was to not pay the $20,000 (obviously), but instead set up a way for people to donate that amount online to the National Wildlife Federation and the American Cancer Society. Of course there were other plans too, like sending the lawyer working for FunnyJunk a drawing of his mom seducing a kodiak bear, which you get a sneak peek of above.

It’s no surprise that Inman has received a great deal of support and encouragement from his fans and the wider online community, but he probably didn’t expect to have raised in excess of $130,000 in the first few days of the activity already over on his BearLove Good Cancer Bad indiegogo page. Wow.

This teaches us a lot of things, like produce your own content, start awesome fundraisers for good causes and read The Oatmeal more.