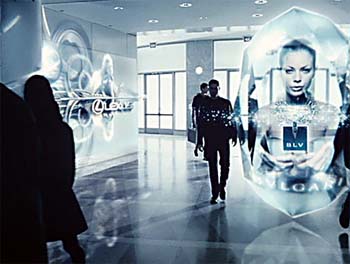 Over the past few years we’ve seen offline advertisers take different (and often worrying) approaches to targeting potential customers, which sometimes seem far too much like ideas taken straight from Minority Report, with different ads being shown to different genders, drivers being told where they might like to visit nearby and even ads that are tailored to your personal tastes. Well now it seems Microsoft wants to try and bring a similar, yet even more advanced, kind of targeted advertising to gamers.

According to Technology Review, Microsoft filed for a patent application back in 2010 that would enable the Kinect to determine your mood and fire ads at you accordingly. It’s only just been made public this week and has left many questioning whether it’s the most manipulative use of the Kinect we’ve EVER seen. We think: YES.

The patent application contains a lot of information about how Microsoft would accurately work out different moods and it seems to be all about employing the use of motion and facial recognition technology:

If it doesn’t concern you enough that your Kinect is sat there analysing your every movement, then take a look at some of Microsoft’s justification for analysing a gamer’s face:

“Weight-loss product advertisers may not want their advertisement to appear to users that are very happy. Because, a person that is really happy, is less likely to purchase a self-investment product that leverages on his or her shortcomings.”

Yes it makes sense from a brand’s perspective, why sell a product that’s designed to erode your self esteem and force you to part with a disgusting amount of money to people that enjoy life? After all, it’s those that are sat there crying and need someone to comfort them that need your overpriced, gimmicky gym equipment and a pill that’ll damage their insides but make them a few lbs lighter.

Of course it’s just a patent application, there’s a pretty good (OK highly likely) chance that this kind of advertising won’t be happening anytime soon, but we can still get all worked up and angry about it in the meantime.