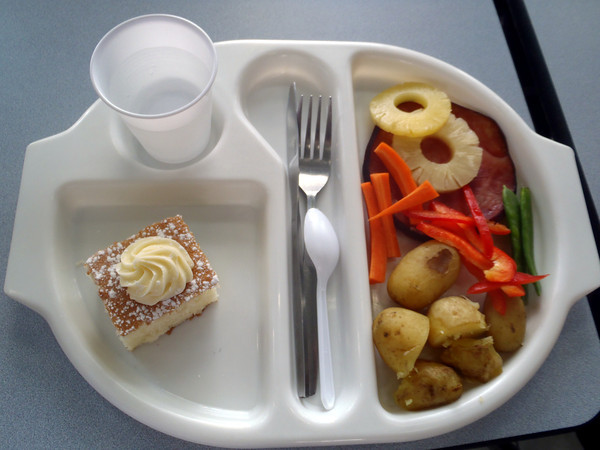 It’s not often that sleazy British tabloids and tech publications all over the globe are interested in the same stories, but today the worlds of social media and crazy UK regulations have collided as a nine year old girl who blogs about food has been banned from blogging about food.

UPDATE: So it seems all of that hullabaloo this morning was over nothing, as the ban has been lifted and a big bod at Argyll and Bute Council said he didn’t see why there was a ban in the first place. Hmmm, interesting Martha. Can you say MEDIA TRAINING? We’re joking. We like her. Honest.

Martha Payne (known as VEG online) set up a food blog called NeverSeconds back in April to document her school dinners. She took photos of them, rated how healthy they were and commented on how they tasted. Scrolling back through Martha’s photos it’s clear some of the dinners were a little unhealthy and looked kinda gross, but I’m pretty sure my nine year old self would have given an organ for a diet that didn’t consist of 4,557,789 potato croquettes and a jam roly poly EVERY. SINGLE. DAY.

Due to support from her dad and Jamie Oliver (remember when this man was reduced to tears by school food?) the blog became a big hit, she clocked up more than two million visitors and Martha’s goal to share her eating habits with the world became a reality. Well this week it all came crashing down as her local council has told she can’t take any photos of her gross dinners anymore. AWH.

“I only write my blog not newspapers and I am sad I am no longer allowed to take photos. I will miss sharing and rating my school dinners and I’ll miss seeing the dinners you send me too. I don’t think I will be able to finish raising enough money for a kitchen for Mary’s Meals either.”

It seems that after the media started paying attention to Martha’s efforts the dinner ladies (and… laddies?) at her school began to get a little worried. Argyll and Bute Council released an official statement about the decision and said:

“The council has directly avoided any criticism of anyone involved in the ‘never seconds’ blog for obvious reasons despite a strongly-held view that the information presented in it misrepresented the options and choices available to pupils.

“However this escalation means we had to act to protect staff from the distress and harm it was causing.

“In particular, the photographic images uploaded appear to only represent a fraction of the choices available to pupils, so a decision has been made by the council to stop photos being taken in the school canteen.”

Martha had been using the blog to raise money for the Mary’s Meals charity, which helps disadvantaged kids all over the world. Although the fact she can no longer blog about her dinners is a big shame, we hope the media attention has raised even more money for Mary’s Meals and that little Martha will get a job as a top food journo in the not so distant future.