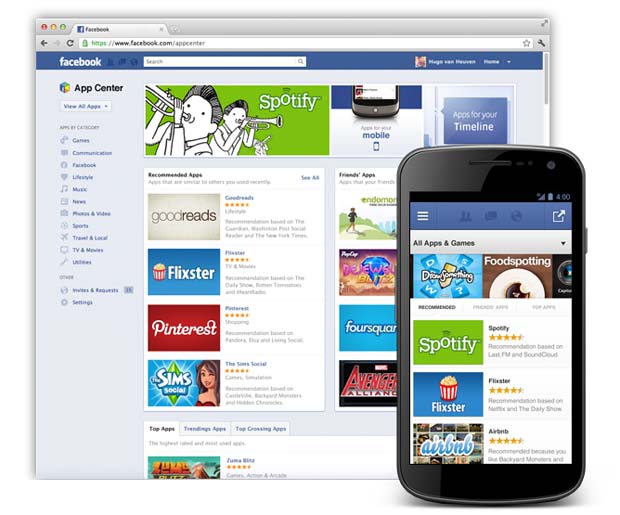 Facebook finally announced that it will be introducing a shiny new app store soon, called the App Center.

In the next few weeks the Facebook team will be launching its own App Center on the web and within the iOS and Android versions of its mobile app, according to The Facebook Developer Blog.

It’s about time the social network created a dedicated space for users to find apps they might be interested in and for developers to show off their creations properly. Just like the Apple iTunes Store, the new Facebook offering will mean every app has a detail page, so you can find out more about it instead of just being bullied into letting it access all of your details and Timeline.

In the official blog post, Aaron Brady from the Developer team assures readers that the new App Center will employ a series of metrics, like user ratings, quality and engagement, so only the best ones will feature in the new store:

If you’re a regular Facebook user then look out for the App Center over the next few weeks and if you’re a developer, get creating your app detail page right now.