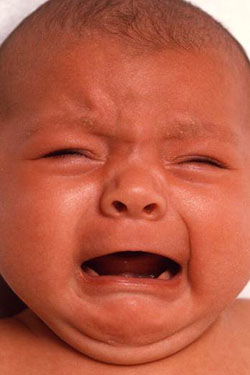 A recent study looked into how well we’d cope without internet access and the results are rather worrying (yet totally unsurprising) with more than 27% saying they’d rather have no water. Well, it’s not like we really NEED water is it.

Well, new research from Infosecurity Europe proves that we’d rather trade basic human needs in exchange for a quick peek at Twitter and Perez Hilton. More than 27% of people admitted they’d be more distressed by not having internet at home than a lack of heating and water. Wow, talk about first world problems.

72% of those polled admitted that they wouldn’t be able to copy for more than a few days with internet access at their homes and a shocking 17% said they wouldn’t cope at all. We’re not entirely sure what that means, but we know it’s very VERY disturbing.

When asked what people would do to combat their lack of internet 17% said they’d stay at work and a third said they’d go sit in a coffee shop, just to get their hit of Facebook crack.

We’re scared by these stats. We really are. But hell, we’d happily give up part of an arm or an insignificant relative if we were guaranteed to ALWAYS have uninterrupted internet access, so we’re not ones to judge.