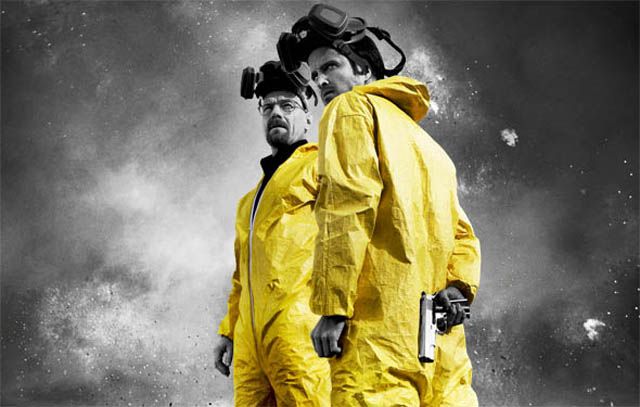 UK audiences will finally get a chance to catch up with hit US TV show Breaking Bad when it’s launched on Netflix over the weekend. So to celebrate Shiny Shiny was invited to an exclusive preview of the new episodes along with the chance to interview the show’s creator, the awesome Vince Gilligan.

For those of you who aren’t obsessed with Breaking Bad already (why not, huh?), we’ll give you the skinny, it’s an American TV show that follows the dark and tense story of Walter White, a high school teacher who turns to a life of crime after being diagnosed with lung cancer.

The show has won a whole host of awards across the pond and has become a cult series, garnering a very passionate fan base all over the world. However, UK fans still haven’t had a chance to catch up on the third and fourth seasons. Well, until now. Luckily, the third season (and the first two) will be available on Netflix from the 1st of April. That’s our Sunday sorted then.

Breaking Bad is a Sony Pictures Television production, so to celebrate, we were invited by the Netflix team to the Sony offices in the heart of London for an exclusive sneak peek (at least for UK audiences) at the first two episodes of the third season, followed by a Q&A session with the show’s creator, Vince Gilligan. Yes, REALLY.

We don’t want to spoil the first two episodes for UK audiences that haven’t seen them yet, but be prepared for an eerie start to the season and some incredible new characters. OK, OK, we’ll be quiet now.

Now onto the Q&A with Vince Gilligan, which as fans of the show was a BIG DEAL… 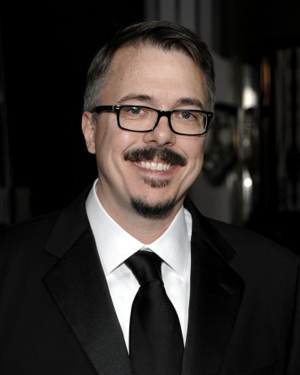 Although the whole Breaking Bad cast is outstanding, a large part of our conversation with Gilligan was about Walter White, a truly fascinating character played by the very talented Bryan Cranston.

Gilligan explained that from the start Breaking Bad has been “a story about both change and transformation” and how Walt’s moral dilemmas and decisions shape the character he becomes.

One of the main things we wanted to know about Walt is whether Gilligan feels the audience will still be able to identify with him as he gradually becomes darker and darker. Gilligan said, “Oh, he’s definitely a Jekyll and Hyde kind of character.” However, he believes that because the audience has empathised with him so much from the start, they’re now being taken along on his journey and continue to root for him as his choices become even more questionable. He doesn’t think there’s a problem with that though, “as long as he remains interesting and his decision making process remains relatable” he said.

Gilligan spoke in great depth about the supporting characters too and admitted that he LOVES Saul Goodman because he finds he’s one of the most genuine characters on the show, “he’s the only one who has made peace with who he is […] I’d love to see a spin-off, the Saul Goodman show!” He also said that Gustavo Fring is “one of the most interesting bad guys” he’s ever come across and there’s some fascinating Fring back story to come…

When asked what it’s like to work with such a talented and varied cast, he hilariously said, “all of the actors are a pleasure to work with, none of them are a pain in the butt!” It seems like working with the cast is a very organic process, Gilligan admits he finds Anna Gunn (who plays Skyler White) really talented, so tries to write her into the action more and more.

It’s interestingly the same story with one of the main characters, Aaron Paul (who plays Jesse Pinkman). Gilligan even admitted that he really wanted to kill off Jesse quite sensationally in the first few episodes, but he’s obviously very glad he took the other writers’ advice and didn’t! Apparently it’s now a running joke among everyone behind the show that when the actors get the scripts for the next episode, they all joke that Paul has been written out.

Too dark and too tense?

There’s no denying that Breaking Bad is a pretty dark show, Gilligan said, “Oh it IS. A middle-aged man is dying of cancer before the first ad break.”

He said that to try and lighten the mood a little and make it more authenticate, the supporting characters are often used to add humour, “we try to milk as much humour as we can and look for humour wherever we can find it.”

He admitted that at the start he was worried today’s modern day audience wouldn’t find Breaking Bad crazy and interesting enough. Although there are a lot of edge-of-your-seat, dark moments, there are a lot of vital yet slow-paced scenes too.

However, Gilligan doesn’t feel pressured to add in action just for the hell of it, “we include as little as possible, while keeping the audience interested.”

Unfortunately all good things must come to an end, and although we’ll be sad when it does, we’d hate to see Breaking Bad just fizzle out slowly.

When asked about the ending of the show, Gilligan admitted he’s got a lot of ideas floating around and has some “big hopes and dreams for the main characters”.

According to Gilligan, the writers have been toying with ideas about how the show will end for months now. Although they all have a “pretty good idea” about what’ll happen, it’s still not set in stone despite the fact season 5 has begun filming, which is pretty exciting if you ask us.

Gilligan was keen to talk about his love for TV, particularly the talent over here in the UK, “there’s so much British television I love”, he admitted, “The Office is one of the best pieces of television ever made.”

Needless to say yesterday was brilliant, a chance to see a sneak peek of what will be available to everyone on Netflix over the next few days, and of course chat directly with Vince Gilligan. He’s further proved that there’s some incredible talent behind the show and we loved getting an exclusive insight into the interesting synergy between the writers, actors and crew. There’s no surprise Breaking Bad has become such a cult hit, we just can’t wait to see the next few seasons now.

Season 3 of Breaking Bad will be launching exclusively on Netflix from the 1st of April and the first two seasons will also be available for those looking to catch up.