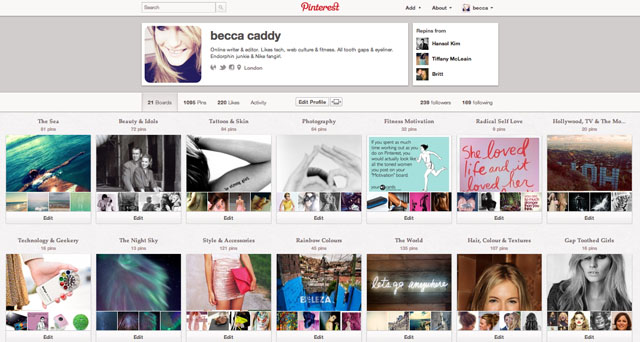 Popular virtual pin-board website Pinterest has updated its terms of services to address some of the big copyright issues that have caused some users to leave the site in recent months.

Ever since Pinterest, the home of dreamy photos of meals and pretty people, became the ‘next big thing’ in social media late last year the website’s terms of service have caused a few problems among dedicated users and brands alike. The basic premise of the site is that you pin content from all over the web to your own virtual boards, so this raises some interesting issues about who owns content and who has the right to ‘pin’ it.

Over the weekend Pinterest uploaded a brand new Terms of Service, Acceptable Use Policy and Privacy Policy that will all come into effect on the 6th of April this year. The main differences are that users no longer grant Pinterest the right to sell the content they pin, which is something Pinterest claims it never wanted to do in the first place, but caused a big uproar among users who felt they could one day feel the repercussions if anything they didn’t own was sold onto a third party.

Just like Tumblr, the site has also banned any content that it feels would “explicitly encourage self-harm or self-abuse” after a number of ‘thinspo’ and ‘pro-ana’ boards caused controversy in recent weeks.

We’re not sure whether the new Terms of Service and policy guidelines will iron out every issue that’s been raised over the past few months. However, these changes prove the team are taking copyright problems seriously and coping fairly well with the growing pains that will undoubtedly always come after experiencing such a huge amount of growth in such a short amount of time.