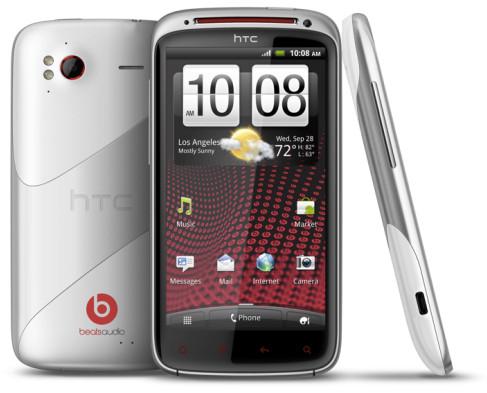 Following in the footsteps of the Nokia Lumia 800 earlier this week, the latest handset to get the white-washed look is the HTC Sensation XE.

Originally released in September last year, the new white Sensation XE matches the first version of the phone spec for spec. You’re still getting a 1.5GHz dual-core processor and luscious 4.3-inch qHD screen with the handset.

It’ll be running Android 2.3.4, with HTC’s Sense UI laid over the top, there’s also an 8MP camera on the rear, capable of shooting 1080p video, and a VGA front facing one for video calling.

You’ll also find either an 8GB or 16GB microSD card popped on the box depending on how much you pay, perfect for filling it up with tunes on the device which has Beats Audio integration from the ground up.

It’ll be available in the UK from the 20th of February and according to Clove it’ll be £408.