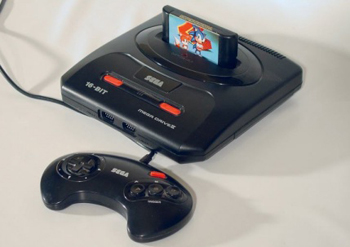 Our experience with the record-breaking NES game controller last week has had us pining for the retro consoles of days gone by. So, we were really interested in the results from a recent study, which aimed to find out what the nation’s favourite retro games console really is…

Although every individual obviously has their console of choice and will happily argue for days about why it’s the best, it seems most gamers prefer the SEGA Mega Drive over any other retro console. Ooo controversial. And, as that was my first ever gaming console too (Alex the Kid anyone?), I’d have to agree.

According to the study carried out by video game price comparison site Playr2.com, the SEGA Mega Drive managed to just take the top spot over the Nintendo 64 when 1,411 self-confessed gamers were asked which console released before 2000 (wow, does that make it ‘retro’?!) they liked the best.

Here are all of the (very close) results:

Obviously the study only asked 1,411 people, so it’s not like it’s conclusive or by any means really the nation’s favourite, but it’s interesting to see the battle between SEGA and Nintendo rage on and on…