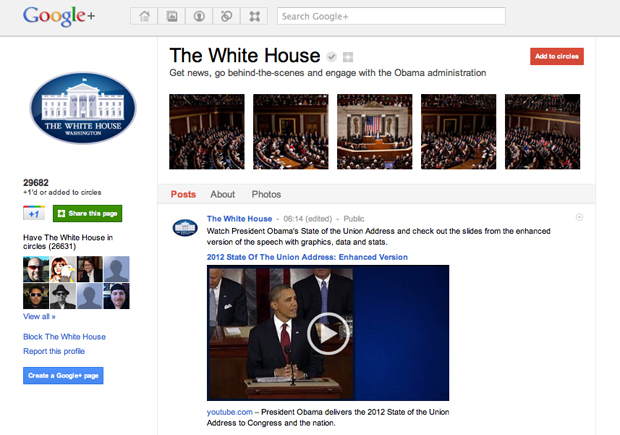 If you signed up for Google+ some time last year and haven’t logged back in since, you might not know that all kinds of exciting things are going on in the world of Circles and Hangouts. The Google+ activity that’s caught our eye the most recently has been by The White House, which now has a dedicated Google+ account to give Americans a sneak peek into the Obama administration. But, not only do you now get to see live speeches, photos and current news, but soon a lucky few will get to Hangout with Obama himself.

On the 30th of January at 5pm EST there’ll be a live Google+ Hangout on The White House’s profile and until the 28th of January US citizens will be able to submit questions about the state of the nation and what the future holds that could well be asked to the president directly if enough people vote on them.

Now only a few of those who submit questions will be asked into the actual Hangout to chat to the president directly, at the moment only ten can participate, which is kind of a shame, but totally understandable. Imagine a Hangout with everyone in the US?! That could get messy.

Everyone else will still get to watch the live video chat from their computer screens and will be able to see how he replies to some of the most top-rated questions from the public. Regardless of your political views and whether you’re even a US citizen, it’s pretty cool to see this kind of direct online interaction between those in charge and the general public.