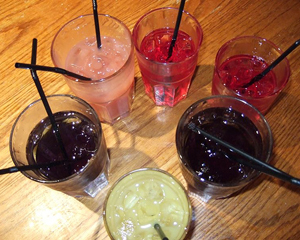 As more and more users explore Facebook’s new timeline feature we’re seeing lots of our friends lament about how many of their photos and updates were taken or written under the influence of alcohol. So take a look back through your timeline now, in how many were you a little bit drunk? Honestly?

Well if you’re anything like the rest of the UK more than three quarters of those photos you see there were taken on a drunken night out. We don’t know whether that means we’re fun-loving and jolly or just sad and unhealthy?

These results come from a study carried out by personalised photo book website MyMemory.com, which also found that 56% of those polled admitted that some of the photos weren’t of innocent and jolly drunken fun, but could get them into actual trouble at work. Ouch. Let’s hope that these users are busy removing photos from their timeline now so Facebook doesn’t end up just becoming a personal scrapbook of debauchery.

The study also found that we’re a little bit sneaky too, with 65% of respondents admitting they’d deliberately tagged an embarrassing photo of their friends and a huge 93% admitting they’ve had to go on a huge untagging spree in the past.

These results may show that as a nation we tend to drink a little too much, but let’s remember that the only times people tend to get snap happy with their cameras is during a big event or night out. Or at least that’s what we keep telling ourselves…

If you’re finding tonnes of drunken and embarrassing photos but do want Facebook’s new timeline, then dedicate a bit of time this weekend to going through and deleting anything incriminating. To do this just go to the dodgy photo or update, click on the little pencil in the top right hand corner and then choose to either “remove from timeline” or “delete post”. There we go, all evidence of that time you jumped on top of a statue in your underwear has been removed from history, now where’s the clever little memory erase pen from Men In Black to get rid of it from your friends’ memories too?

The study polled 1,781 Britons aged 18 and over with a presence on Facebook.