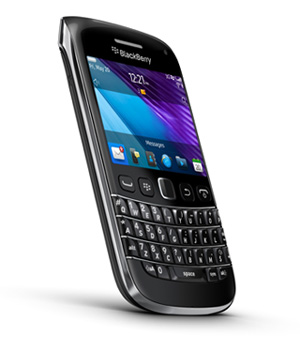 BBM Music, the cloud-based social music service which was announced back in August, has finally launched in the UK today and will be exclusively available to BlackBerry users.

According to RIM, the service costs £4.99 a month and gives Blackberry users access to 50 tracks. They can then swap 25 of those tracks for new ones every month.

However, through integration with BBM, users will have access to the 50 tracks stored on the handsets of their contacts too, potentially giving some access to more than 7,000 tracks. Presumably if enough people use the service then those who tend to ignore BBM will be encouraged to connect with more people so they can increase the size of their music collection.

But there’s the big problem, the service relies heavily on your contacts getting involved too.

Although some people may be happy with only 50 tracks, most will find that limiting, so you need to have friends who are not only using the service but have a similar taste to you in order to maximise the tracks available to you.

BBM is hugely popular, so if the new service spreads via word of mouth through those established networks we don’t doubt it’ll pick up momentum pretty quickly, it’s just those first steps that may be a little shaky.

Tech Digest also makes the interesting point that in many ways the service is a little bit pricey, so the biggest problem could be that far too many will be turned off by the £4.99 a month price tag. After all, BBM Music pales in comparison to the unlimited access to millions of songs you get from Spotify mobile for £9.99 a month, now available on BlackBerry OS 7 devices, which in many ways is now just as focused on social sharing.