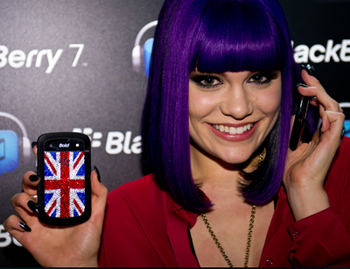 Well, Jessie J didn’t launch BBM Music all on her own, she had a bit of help from RIM.

The popular UK artist performed a set at a swanky London nightclub last night as part of the big launch, which is in beta at the moment but we’re told it’ll be rolled out officially to Blackberry users across the UK in the next few days.

RIM announced the BBM Music service at the end of last month and it aims to become “a social music sharing and discovery service.”

Due to the popularity of the brand’s BBM messaging and music streaming services like Spotify, BBM Music could well be the big hit that RIM needs after what could be described as a pretty tough year.

We’ll be sure to write up a review of the new service as soon as it officially launches.

One thought on “SNEAK PEEK: Jessie J launches BBM Music in the UK”