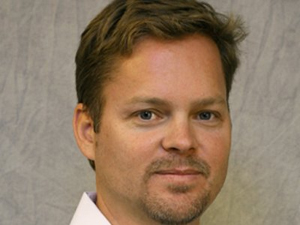 Despite many Apple fans being a little disappointed at the lack of an iPhone 5, the iPhone 4S has still proved to be extremely popular and one of the main reasons is Siri, the voice recognition assistant we tried out a few weeks ago and were pretty impressed with.

So, you’d expect whoever has been behind Siri from the start to be feeling pretty smug now, right? Well, according to an exclusive report by All Things D over the weekend, Siri’s co-founder, Dag Kittlaus, has left Apple already. Now admittedly the departure has allegedly been amicable and sources have cited family reasons and new business ventures as two of the many reasons Kittlaus has decided to leave. However, it’s still left many wondering if any other factors were at play, as it seems strange Kittlaus would part ways with Apple just as Siri is becoming SO popular.

For those who’ve been thinking the name Siri rings a bell, Apple actually acquired the voice recognition company back in 2010 and Dag Kittlaus had been its CEO since 2007.

So what do you think the reason behind Dag Kittlaus’ departure is? Maybe he feels like Siri is safe in the hands of Apple now? Or that he’s done all he can now it’s been integrated into the latest iPhone 4S? Who knows. But we’re intrigued to see which projects he gets involved in next…