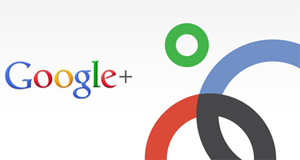 Google is set to launch a new music store in the coming months (or even weeks), which will allegedly play a key role in the brand’s social network, Google+, making it very similar to the most recent Facebook integration with the likes of Spotify and Deezer.

There have been rumours of a new music offering alongside Google Music (which is currently in beta in the US), for some time now, but according to The Wall Street Journal this morning, the launch of a new service which allows you to share tunes with friends could be with us very soon and most importantly could be very heavily integrated with Google+.

There’s a lot of speculation about how the service will work, but we imagine it’ll be about recommending tracks to friends who can then stream music directly through Google+, or buy it for a competitive price.

It comes as no surprise that Google would want to integrate a music offering into Google+ and provide users with a vehicle for recommendations and music streaming, which is already proving successful with Spotify’s recent Facebook integration.

We’re SO sick of Facebook versus Google+ speculations, but it’ll be interesting to see whether Google can bring anything different to the table and if this kind of music offering will drive more people to the network in the long run or just look too much like Facebook’s most recent efforts.