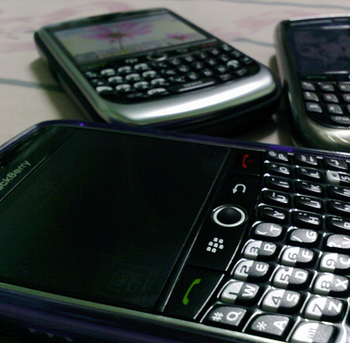 Many BlackBerry users experienced problems with their email, web browsing and messaging services for a little while on Monday, then everything looked OK just hours later. RIM made a small announcement that things were back to normal and people breathed a sigh of relief.

But yesterday BlackBerry users were struck with even more outages which we found out were due to problems at RIM’s data centre in Slough and today people across the globe still don’t have their usual services up and running again.

Although many were obviously frustrated by these problems, it’s RIM’s lack of communication with its users that has caused a lot of online (and presumably offline) rage.

However, today RIM made an official statement about the problems:

“The messaging and browsing delays being experienced by BlackBerry users in Europe, the Middle East, Africa, India, Brazil, Chile and Argentina were caused by a core switch failure within RIM’s infrastructure.

“Although the system is designed to failover to a back-up switch, the failover did not function as previously tested. As a result, a large backlog of data was generated and we are now working to clear that backlog and restore normal service as quickly as possible.

“We apologise for any inconvenience and we will continue to keep you informed.”

The timing of the outages is pretty unfortunate as it comes right before the launch of iOS 5 for iPhones, and with it the iMessage IM service which may well prove to be a competitor to BBM, one of BlackBerry’s most popular offerings.