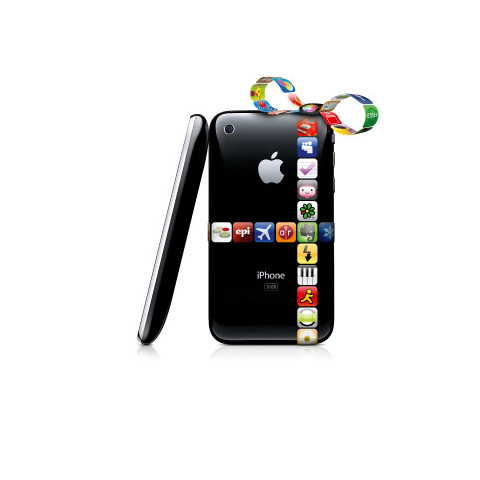 There’s a really interesting article over about the new iPhone over at The Guardian, nope not that one, which takes the views of a series of analysts about the new handset. There are some very significant points, but the one that stood out for me was this one from Ming-chi Kuo, analyst at Concord Securities in Taipei

“The iPhone 4S targets users who are expiring on their two-year 3GS contract.”

I am one of the many people who bought the 3GS the moment it landed on my network (Vodafone) and am now ready for an upgrade. All summer long I have been wittering about how I will see what the new iPhone looks like and if it doesn’t cut it for me I’ll buy an Android handset, probably one of the new Samsungs.

In some ways the iPhone 3GS was the phone that tipped me into the Apple camp. It had 3G, a very usable camera, and unlike its predecessor the 3G it also had a video camera. For me this was a big deal not just because I spent lots of time videoing my children, but also because it meant I could access all those new Augmented Reality apps.

There was no way I was going to upgarde to the iPhone 4. Sure it looked great, but I would never ever buy a phone that needed to have a nasty bumper around it.

So now then shouId upgarde to the 4S?

1It’s best to stay with what you know – I know the iPhone interface very well, have loads of apps and I also like the fact that I own a similar phone to many of my colleagues so we can share apps and features etc.

2 The camera looks pretty special – From a specification point of view the overwhelming reason to upgrade is the new iPhone’s camera. Eight mega pixels and HD video of 1080p. Its a world away from the low res VGA video of the 3GS. As for the enhanced camera – that’s good to have, but as some wag commented on Twitter yesterday these days most of my photos look like they were shot on a toy camera in the 1970s (thanks Instagram)

3 There would be some apps that I would lose if I left the iOS camp – These include Instagram and some neat games. I think this might be less of an issue as time goes by though as Android continues its surge to be the world’s number one smartphone platform.

1 The difference between what I have and the 4S simply isn’t that great – As I said, the camera would be nice and the faster processor and enhanced screen are useful – but they are not compelling reasons to go for the 4S.

2 There are some very promising Android phones out there – I think that the Samsung Galaxy Note looks like a lot of fun, not sure how much I would use the stylus but the bigger screen size is a must (the 3.8inch screen of the iPhone looks tiny now in a world of tabets) and it has a faster processor too. It’ll be interesting to see what HTC has up its sleeve and I am not going to write off Nokia yet.

3 By going Android I can still use all my iPhone apps – The old iPhone becomes a ‘touch’ so if I want to access my old apps or download new ones it is a very simple process.

Ultimately my decision will be determined by what Vodafone has to offer and how much it ends up charging. Also if I need a bumper to make the 4S work Apple will have have lost this customer for good.

But for now the iPhone 4 looks like a contender rather than a shoe-in.

One thought on “iPhone 3Gs owners – does the iPhone 4 mean it is time to upgrade?”