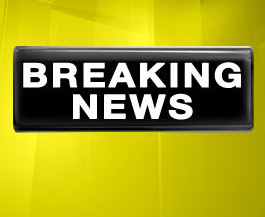 We’ve all been speculating about whether Apple will be announcing one, two or even three handsets at the big “let’s talk iPhone” event this evening. We were scared the night may end with just one 4S handset (how right we were), but a news post on The Guardian website claiming an iPhone 5 would be on sale in a few weeks followed by the lines “networks poised to announce pricing of two new models on Thursday, with first phones available just over a week later” calmed our worried nerves.

So, imagine our surprise when after the dust had settled tonight we were left with a disappointing iPhone 4S and no other handset in sight. Yes people get carried away in the heat of the moment (I did for a few minutes tonight), but we couldn’t help but feel angry that The Guardian had promised us a non-existent iPhone 5.

It’s certainly not the first time a big British newspaper has jumped the gun with a highly anticipated news story this week. Yesterday the tabloid everyone loves to hate, the Daily Mail, published an article claiming that Amanda Knox was found guilty, when we all know now that really she wasn’t.

We understand the importance of being the first publication to publish an important news story, but when we’re talking about media giants like the Daily Mail and The Guardian and we’re dealing with such instant online publishing, it’s much easier to make a mistake but even harder to bury it away for no one to see.

Update: Gawker compiled a list of even more examples, which it called The iPhone 5 Failboard.