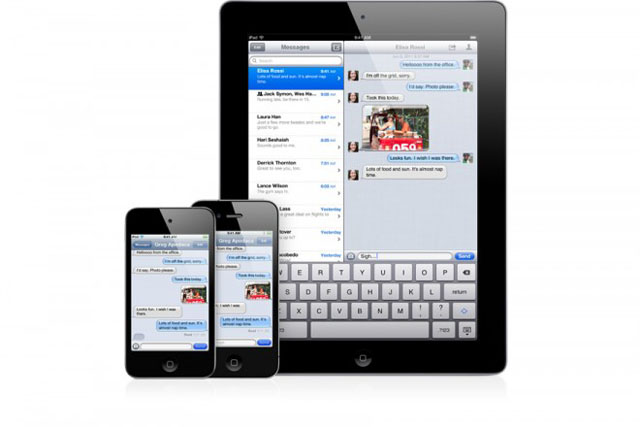 Apple’s new OS, iOS 5, was made available to the general public yesterday and comes with all the features that we were expecting after they were officially revealed at the iPhone announcement a few weeks ago. In our article iOS 5: Everything you need to know we discussed some of the new changes such as new reminders, Twitter integration, Reader feature, game center update and iMessage.

iMessage is basically a new system which lets people with other iOS devices communicate quickly and easily with one another through short text-like messages. In many ways it’s very similar to the BBM service all BlackBerry users know well, but there are some subtle differences, like the fact iMessage relies on Apple’s push notification system.

1. It’s integrated into Messages, so there’s no separate app for iMessage, it just shows up in the same place your texts do.

2. It’s free. Yup, completely free, think of it a bit like WhatsApp but integrated into your iOS device instead of sitting as a standalone app. Although this is great news for users, there are obviously a lot of implications about whether Apple is going to get in a lot of trouble for this in the coming months.

3. You can send photos and videos like you would when you send an SMS or MMS.

4. You can disable it whenever you want. If for some reason you wanted to stop getting iMessages (or just messages, we’re not sure what we’re calling them yet) then you can and although we can’t see why you’d want to do that, it’s good to have the option.

5. Integration across devices, the fact iMessage works on all iOS devices means you can carry on that conversation you were having on your iPhone over on your iPad. If you’re lucky enough to have both that is.