Ever since mobile phones invaded our homes and became integral parts of our lives, there have always been ‘fashion’ handsets, which in some way, shape or form look a little more attractive than their plainer rivals.

However, the disappointing thing about the fashion phone is that although it may look shiny, sleek and beautiful it often lacks in other departments leaving us feeling disappointed and much happier with something more run-of-the-mill.

Last year we featured a list of 10 Great fashion phones, but in honour of London Fashion Week, we’ve decided to collect together a few more of our favourite fashion phones from over the years and show you just how pretty they are (well, most of them), which were all looks and no brains and which ACTUALLY perform in the wild as well.

Now the term fashion phone is often used interchangably for a range of different attributes and we think fashion handsets fall into four categories, those that are the products of actual collaborations with fashion designers, those that look extra specially slim and sexy, those that are pink, fluffy and therefore obviously made for girls (eugh) and finally those that made us actually LOL.

Here are the top three handsets in each: 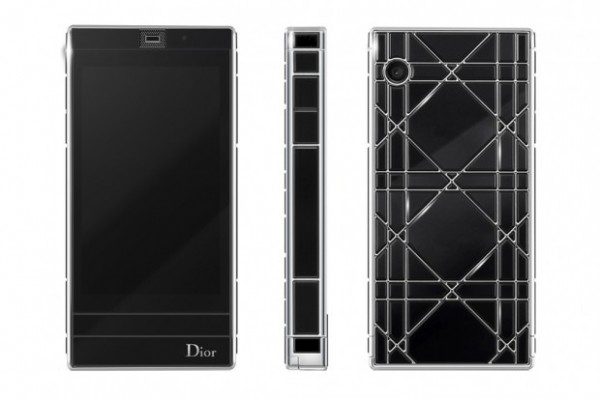 Dior has tried its hand at phones in the past, producing a number that resembled Christmas decorations a little too much for our liking.

However, its latest offering called the Reverie is pretty impressive and gives us a very sleek looking smart phone that’s made from all kinds of expensive bits and pieces, like sapphire, gold and mother of pearl.

There are very few details online about the phone other than all of the rare treasures it’s made from, but its predecessor had everything you’d expect from a high-end smart phone, like a 3.2 inch Multi-Touch screen, GPS, WiFi, 3G, MP3 player and the rest, so we expect the Reverie will be packed with even more good stuff.

Probably one of the newest AND priciest handsets on the list, the Dior Reverie phone will set you back a sweet £85,000. 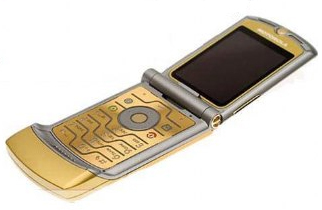 Wow D&G like designing (OK, putting their name to) phones don’t they?! The Goldfinger version of the popular Motorola Razr looks sleek and kinda gawdy at the same time.

It looks like you can still get hold of this shiny Razr from ForestFly for £219.99. 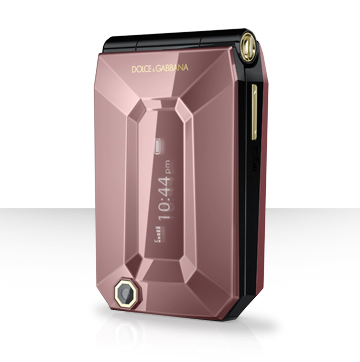 The Jalou is a shiny jewel-like clam shell handset with plenty of flecks of gold. It has a number of special features built-in to attract the more fashion-focused set, like a mirrored screen and a pretty good quality 3.2 MP camera.

It used to come in a range of colours, like turquoise, royal blue and rose, but the dusky rose seems to be the only one available on the Sony Ericsson website at the moment. 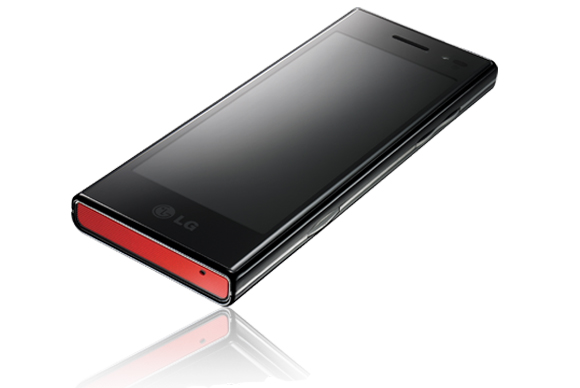 The LG Chocolate phone first launched years back and immediately became popular with its sleek design and hidden red buttons. Since then its continued to be resurrected in its long, chocolate bar-like packaging and the latest model, the BL40, is full of regular smart phone features including a 5 MP camera, media player, radio, GPS and WiFi. 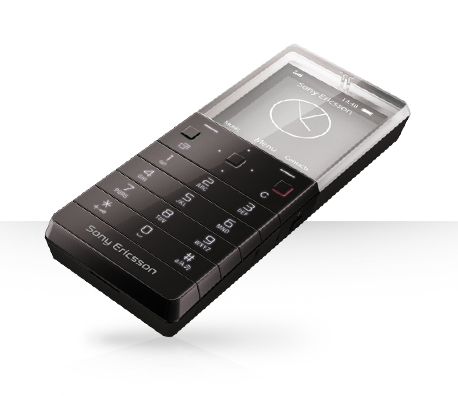 Another quirky offering from Sony Ericsson, the Xperia Pureness was designed to be free from any clutter and unnecessary distraction. It has a completely see-through screen which only allows you to talk, text and tell the time.

Although those used to regular smart phones would be frustrated at the lack of choice with the Pureness, you have to admire its beautiful simplicity and sleek frame. 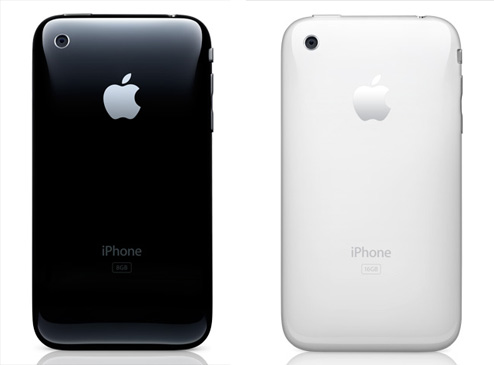 Now I was reluctant to put the iPhone on the list. It’s not really ‘fashion’ is it? But it IS super sleek and super sexy, so for that reason it’s going into this category.

However, the newest handset isn’t because it’s a little too ‘blocky’, so let’s revisit the 3GS. 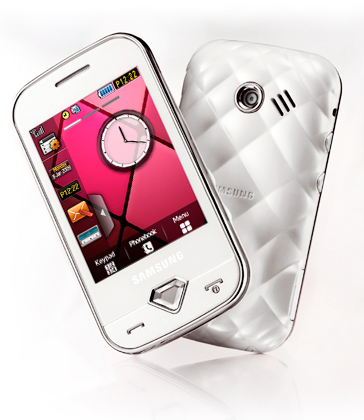 Well this handset is playing up to all kinds of stereotypes isn’t it, it’s quilted, it has a beauty editing feature, the back is pearlescent, it has a range of “female centric themes” (their words NOT mine) a pink screen AND it’s called a diva. Ok then… 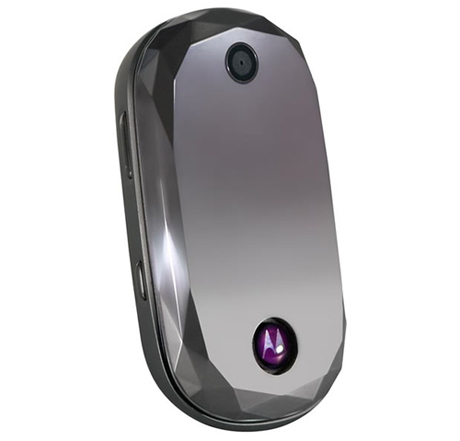 Motorola’s MotoJewel handset isn’t too dissimilar from Sony Ericsson and D&G’s Jalou, but it looks a little cheaper and (I hate to say it) much tackier. 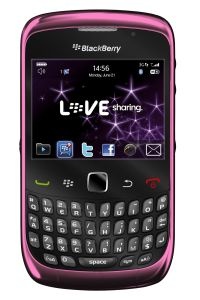 The Blackberry Curve 3G doesn’t only come in pink, but the metallic frame around the powerful handset which can come in silver, purple and pink makes it a firm favourite for our “girly” section, yet shows you don’t have to sacrifice quality and functionality for a bit of colour. 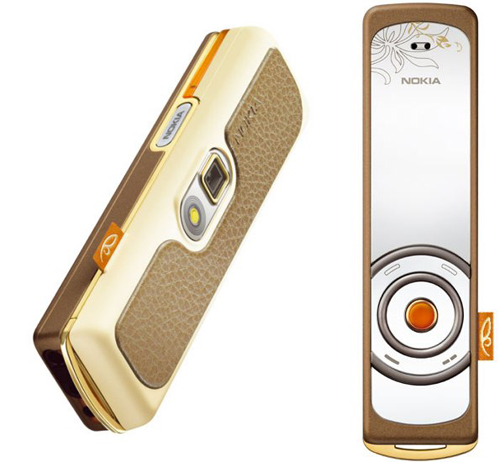 After all, mobile phones are a certain shape for a reason, so once you go changing that shape too dramatically you get a ridiculous product that doesn’t even work properly. Ambitious? Yes. Functional? NO. 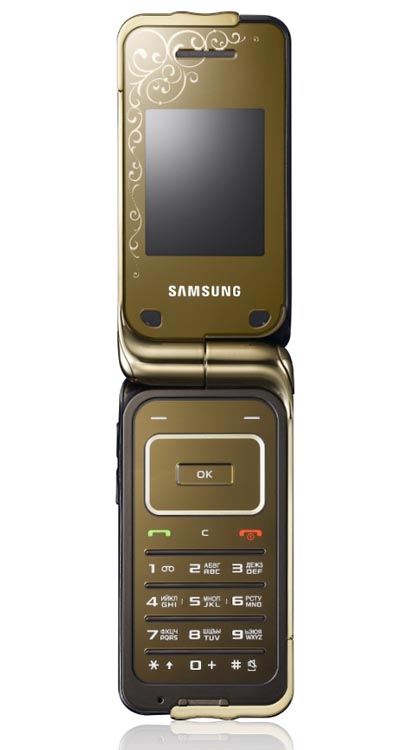 I suppose before the days of phone cases brands had to add their own personal touches to their handsets, but this Samsung SGH-L310 in gold is just so BLAH and what is that random tribal tattoo design on the side? 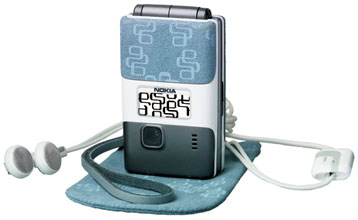 Now I hate to pick on Nokia in this section, but what IS this? Granted the insides were actually ahead of their time when the handset was launched, but that’s to be expected from Nokia. The issue isn’t really with the phone though is it, it’s THAT case.