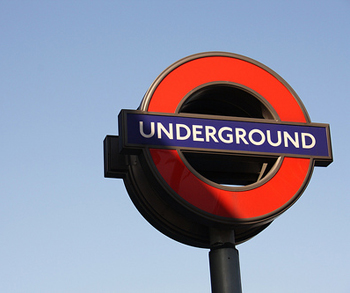 Imagine the scene, you’ve been on a packed tube train for around half an hour, you spent ten minutes pressed up against some big guy’s armpit, you were kicked by a kid in a pram (prams on tubes should be banned before phones) and you finally get a seat when someone sat opposite you answers a phone call and SHOUTS non-stop for the next 20 minutes. Eurgh it’s enough to drive even the calmest of people into an angry little public transport induced rage.

Normally we’d just give the offending individual evils and tweet about how rude they are, but it seems that some people have had ENOUGH.

Due to too many situations like this, and the public’s general inability to answer a phone when they’re travelling without shouting, a number of campaign groups are calling for some stricter rules to be put in place when it comes to mobile phone use on London’s buses and tubes.

It’s not just a few angry groups either, a recent study by mobile comparison site GoodMobilePhones found that more than 22% of commuters would welcome an outright ban on mobile phones on the tube.

Now, I’m undecided about this. Obnoxious shouty phone people annoy me as much as the next person, but what if it’s an important call you need to take, or you like to use your commute to get in touch with family because you’re just so busy the rest of the time? I don’t want to find myself being led down a small corridor to Room 101 just because my mum called for a quick catch up.

The study also showed that instead of a ban, half of those questioned like the idea of quiet tube carriages. Yes, this already works quite well on trains, but on the tube? What if you REALLY had to answer a call? Would you just have to hop across to the next carriage like some kind of super hero?

Instead of imposing bans I think we all need to take a few deep breaths and accept the fact that some people are loud and rude, whether they happen to have a mobile phone in their hand or not.